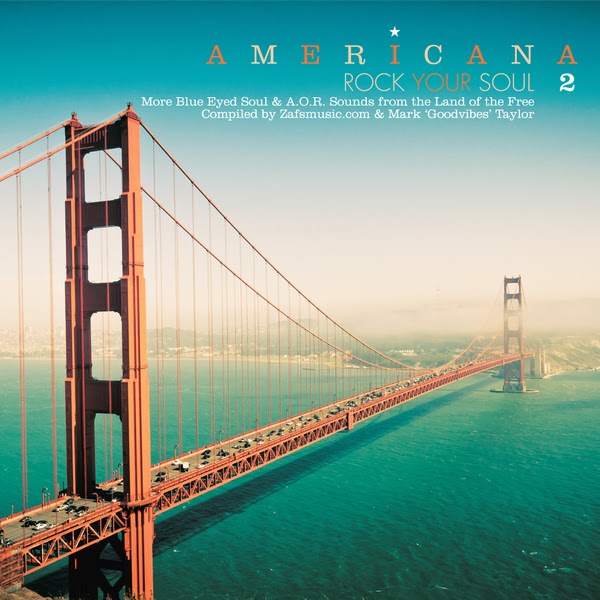 Following his recent Marina Rock 2 mix for us, we spoke to Mark Taylor of La Homage him about his superb new collaboration with  Zafsmusic.  Described as "the kind of disco one might hear on the lido deck of the Love Boat", it's the AOR and blue-eyed soul rarities compilation Americana - Rock Your Soul 2. Chosen by Piccadilly Records as one of the best releases of 2013 and made CD of the week at Jazz FM,  Americana 2 has had a great reception so far - and we posted up two promotional mixes for the album by Mark and Zaf on Soundcloud eight days ago and they've already had nearly 25,000 plays. You can listen to both mixes at the bottom of this interview.


1) Other than the recent Tom Findlay of Groove Armada's Late Night Tales AOR compilation - and perhaps the Guilty Pleasures CDs from a few years back - I can't think of any other collection out there which features this kind of music. How hard was it to get the series going? And whose idea was it?

Not that hard actually Matthew. I'd not spoken to Zaf for around 18 months, as he'd moved out of London and no longer worked at Reckless Records in Soho. I got his contact details from another friend and got in touch with him about a record (as per usual), and we got to chatting about what music we'd been buying and listening to recently. Surprisingly, we both said that we had, apart from the usual stuff we collected, also been checking out AOR/Americana type of stuff that we had grown up with as kids. So, as Zaf was in the process of putting together a boogie-soul compilation for Pete at Barely Breaking Even (BBE) Records, he suggested we approached BBE with the idea of an American music compilation of AOR, Blue Eyed Soul type music. We also wanted to include those slightly soul, jazz and disco type of tracks, that fall between genres and merge the musical styles. 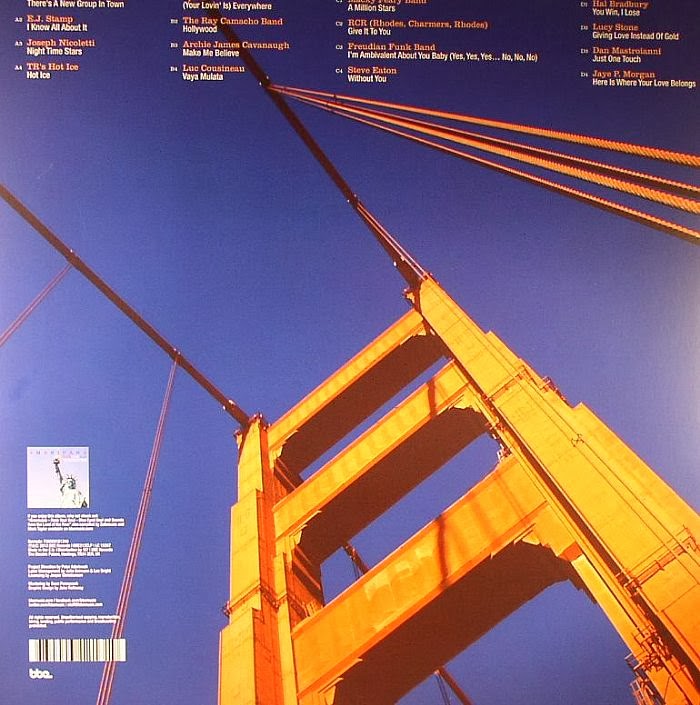 2) Most of the tracks on Americana are extraordinarily rare. Which have been the rarest? And were you tempted to include any old hits?

From Vol.1 the rarest recordings would be 1619 Bad Ass Band, Babadu and Mike Lundy, and from Vol. 2 stuff like Joseph Nicoletti, Archie James Cavanaugh, Freudian Funk Band and Lucy Stone. When we initially discussed the project with Pete at BBE Records we were asked to try and choose tracks from independent record releases, as this would keep the licensing costs down, major labels these days are not cheap to license from. This also was the main reason for not having any 'old hits' on the compilation, as that would have meant dealing with one of the major label companies, plus over the years plenty of CD comps have come out with a lot of the classic AOR hits on them.

3) Critics have rarely given this genre any respect. Even the sleeve notes on Americana 2 refers to the "complacency" of some of AOR/blue-eyed soul tracks on it. I don't understand why it's a requirement for music to have an angry or political point to make. And actually many smooth tracks from this era have a bitter undercurrent that's easy to miss - such as Robert Byrne's songs which you introduced me to. Why do so many people react against this music do you think?

Well, I have some idea as to why the music media and kids never really gave the genre the credit it deserves (even though the music has sold well steadly all these years), and these are only my observations and take on it, so might be completely wrong!

Unlike angry young working class white kids, who often have an anti-establishment tone to their songs and are full of energy, along with black music that is perceived to have had a cool street credibility to it in all its various guises, AOR musicians and bands normally had no real fashion dress sense, were not overtly political in their lyrical message and more often than not were singing about love and relationship issues. Very often they were not that young and hip looking, so not automatically appealing to the youth and trendy music journal magazines who wanted edgy and cool bands to promote, plus the music of a lot of these AOR artists might also appeal to parents, and that was certainly not cool with the kids and music journalists.

Ironically, over the last decade or so a re-evaluation of the music and the artists of the AOR genre has taken place, and a new generation of folks are realising these bands had talented musicians, and often the music has an upbeat feeling to it (even when singing about the heartache of relationships) that puts a smile on your face. It might also have something to do with folks looking back at the 1970s and early 1980s, and thinking how interesting and creative a period in time it was, especially compared to the more computerized faster paced digital world we now live in.

4) How does Americana 2 differ from Volume 1? Seems to have a stronger disco element…

Well, going back to the issue of licensing from majors, we had to pull out stuff from our collections that we felt could be cleared and licensed without too many issues. It also depends on the kinda stuff we've picked up over the last few years as to some of the choices made. If we get to do a Vol. 3 it might go off in a slightly different direction again.

5) How long have you been collecting AOR? And it is easier to play out now than it was a few years ago?

Growing up in the 1970s a lot of what is now regarded as classic commercial AOR hits were in the charts and played on Radio 1 at the time, but I especially remember in 1977 getting hooked on the Radio 1 Saturday afternoon 'American Top 40 Show' presented by Paul Gambaccini. I got to hear tracks by people like Bobby Caldwell, Brooklyn Dream, and Hall & Oates (as in the case of Hall & Oates long before they had any success in the U.K.).

As a young soul loving teenager listening to soul and disco music tracks, alongside AOR/blue eyed stuff that was coming through the airwaves every Saturday afternoon, and was not normally on the U.K. radio shows, or if so around 3-6 months later (if at all) it was exciting to me. 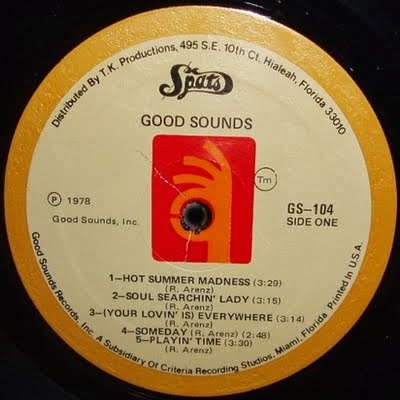 6) How has the release of Americana 2 been going so far? I saw that it was Jazz FM's Record of the Week…

Yes, Jazz FM kindly made it their record of the week upon its release. They also invited us in for an interview about the record. BBC radio stations have also been playing tracks of it, and Piccadilly Records included it in their top 20 compilation albums of 2013. So generally it seems to be getting more exposure than Vol.1 did, though I'd also say that since the release of Vol. 1 more and more people have discovered this wealth of music that we call AOR through sites like AOR Disco, music re-releases, and also new bands that are heavily influenced by the original artists of this genre such as CSN & Steely Dan.

7) Do you have plans for Volume 3? Perhaps a pure AOR/Westcoast compilation this time?

As much as I personally like the idea of a Vol. 3 pure AOR/West Coast compilation, realistically with not taking any stuff from major labels, or medium sized labels that no longer exist (but their song library is now owned by a major label), we could not do it proper justice I'd say! As you know a lot of killer stuff that was not commercially successful (but sound so very good) was released on major labels. It would not be economical I'd say to go down that road for Vol. 3, though we are always open to offers to put together such a project for labels like Warner or Sony CBS! Let's see how the Vol. 2 does first out in the real world, though we do already have a few tracks that would fit nicely on a Vol. 3 edition.


Buy Americana: Rock Your Soul 2 on LP, CD or WAV