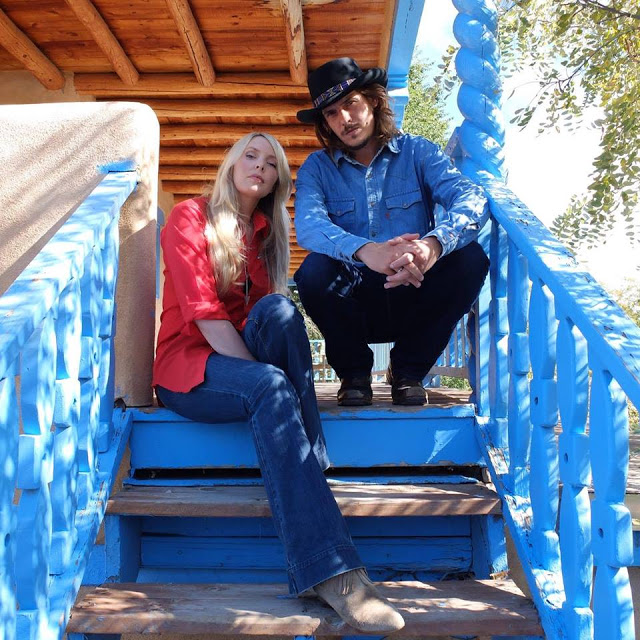 AOR Disco's album of 2015 has to be Abstract Heart by  Zervas and Pepper. From Cardiff yet marinated in the sound of 1970s California, singer-songwriters Paul Zervas and Kathryn Pepper describe their music as "cosmic folk rock, prairie pop, spaghetti FM and country rock."  Although we love their previous work  - such as the amazing Buffalo Crow, Lookout Mountain and Startin' Over - Abstract Heart is Zervas and Pepper's finest achievement. We hear a lot of slick pastiches of the golden age of Westcoast music but Abstract Heart is the first time we've heard a new release in this genre which is truly the equal of the old classics which inspired it. And it gave us one of the great moments of the summer: listening to the album from start to finish on earphones in Yosemite in California at three in the morning while watching the shooting stars above. Cosmic folk indeed...

Zervas and Pepper have now been recognised by Laurel Canyon greats such as David Crosby, who has been praising them on his Twitter account, as well as BBC6's Lauren Laverne and Mark Radcliffe, and many others.  They have just started a UK tour and we spoke to Paul and Kathryn about Abstract Heart and their plans for the future. 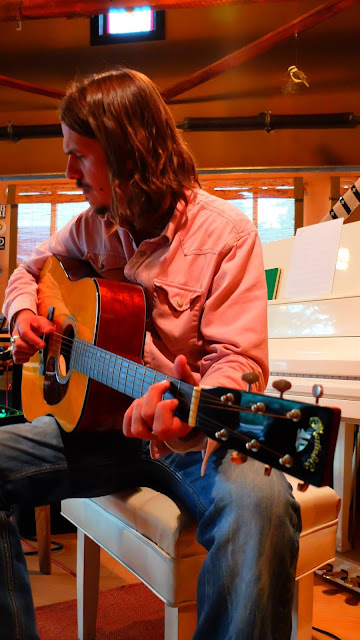 Where did you meet? And what was the first song you recorded or performed together?

KP: We met at a club called the Toucan club which was owned and run by our lead guitarist Simon. It was a great hang out for musicians and as young players we got to jam with really great musicians. We ended up fronting the house band which was a band that played loads of California folk rock. The song we played together live was 'Tell Me Why' by Neil Young. We didn't know each other then we just guested on each other’s sets. The first song we recorded together was our own song 'You Must Be Doing Something Right'.

It must have been a thrill when David Crosby started giving you his support. How influential has he been on you over the years?

KP: Yes, it's high praise from a songwriter we admire so much. David Crosby's music and his approach to making music is something we have a huge amount of respect for. His alternate tunings, subtle jazz leanings, observational lyrics and the harmonic elements are things we naturally lean towards in our own music so yes the influence is there in a big way. I would say Joni Mitchell and David Crosby are the two songwriters that influence us the most. They both have a huge body of work to absorb yourself into. It never gets old, the songs are still hugely relevant. They take their craft very seriously and that's something we aspire to.

PZ:  It was a great feeling. Kath and I have loved that guy's music since our mid-teens. So for us its lofty praise indeed! He's razor-sharp, writing and performing like a demon and has his finger right on the pulse of new song writers coming out too, so to be on his radar is a huge compliment! We were lucky enough to catch up with him recently on the latest UK CSN tour and he's a really cool guy, very kind.

Yes we can definitely hear the Joni Mitchell and CSN influences. Dewey Bunnell of America too...

KP: Well we've put some hours into singing to all their records so I guess there will be some inflections in our vocals that point to those guys. We actually get compared to loads and loads of bands and singers and they are all really different so I guess the listeners hears their own reference points. 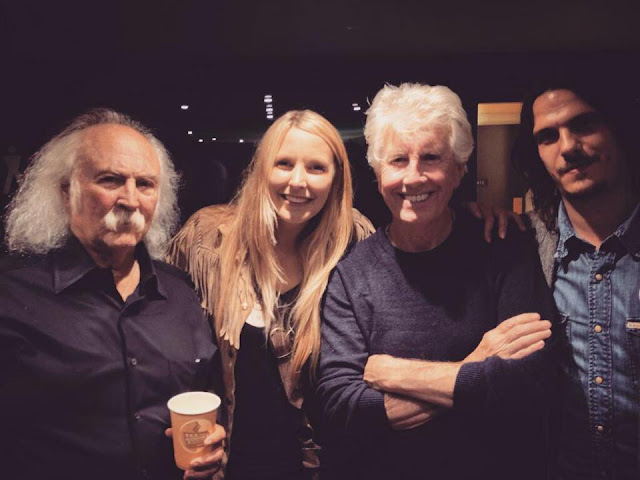 You worked with Crosby's guitarist Marcus Eaton on Abstract Heart. How did that come about?

KP: Yes, Marcus plays the lead/ slide guitar on our track 'Miller'. We were out in LA last year and David Crosby was playing five nights at The Troubadour for his latest album CROZ. We love the record so we booked tickets for three of the shows. These were really intimate gigs in a legendary setting, a killer band and the atmosphere was so laid-back. We got chatting with a friend of Marcus who invited us to the aftershow party. We just hit it off right away and we ended up hanging out and we've been friends ever since. Marcus releases his album Versions of the Truth soon, so keep an eye out for that. We were so into his playing we had to get him on the album, so we undertook some transatlantic web recording sessions for Abstract Heart.

PZ: It was so easy working with Marcus. He just 'gets' our sound totally. We sent him a 'work in progress' version of the track and every single thing he came up with and sent over to us we used. A great guy and a phenomenal musician, some serious guitar chops. 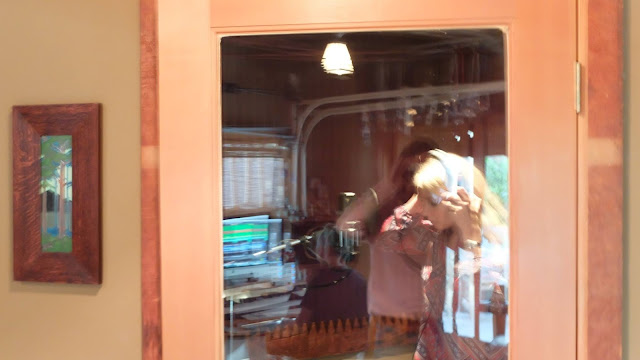 I've read that you feel that Abstract Heart is your darkest album lyrically. What has brought about the change in mood?

KP: I think its the first time we've felt confident within ourselves to be truthful and frank in our writing. We've always hidden our personal struggles by escaping into more of a story telling approach in our music. And we've come a little closer to loss in recent years and I think that can mature you as a person and that is reflected in our songwriting.

Despite this, 'Silver To Chrome' has to be one of the best feel good songs we've heard in years. Typifies the dream of the California road trip. Sounds very much like America's outstanding yet under-rated  Hat Trick era?

PZ: Yes, 'Silver to Chrome' is a good example of the escapist, optimistic, dreamers we can be and is definitely the lightest moment of the album. Much like the band America (who were originally from the North of England) we too love to escape into that all American sound where you leave your real lives behind and head out for the freedom of the open road and the adventures it brings. 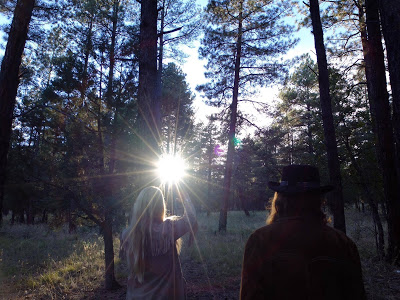 Where did you record the album? Was it in LA?

PZ: No but it was largely written out there. We try and get out to California at least once a year to write songs, Its the perfect environment to create our kind of music. Everything from the scenery to the characters you meet. We get up early, watch the sunrise with a guitar in hand and watch as many shows as we can take in and have the time to get into song-writing.

Tell us a bit about the label Zeroedo...

Zerodeo is our own label, we've expanded it over the years from the early days where we just sold our EPs at shows to moving to selling albums online and now we work with a team of distributors who distribute our records into all the high street and indie shops via Universal Records in the UK and Rough Trade in Germany. We're a small indie label and we do a lot of the work ourselves but we also have a great team we work with who are all at independent companies when we need to out source jobs. It’s a great way to work because we get to pick and choose who we work with and we've found a group of people that are now friends. So working feels like hanging out with friends. 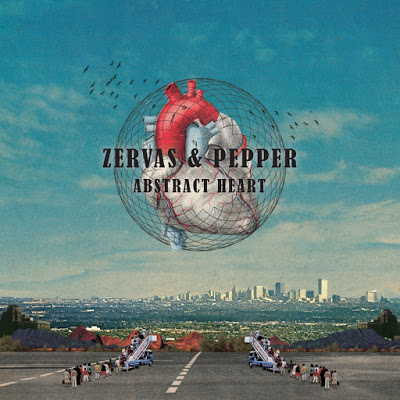 Have you started writing the next record?

KP: The writing is underway. It's at the very formative stages where we're are tinkering with songs and trying the find a common reoccurring theme between us. We have strong ideas forming. We've just taken ourselves off for a road trip in America and we shut out the day to day world and started to digging into the songs. 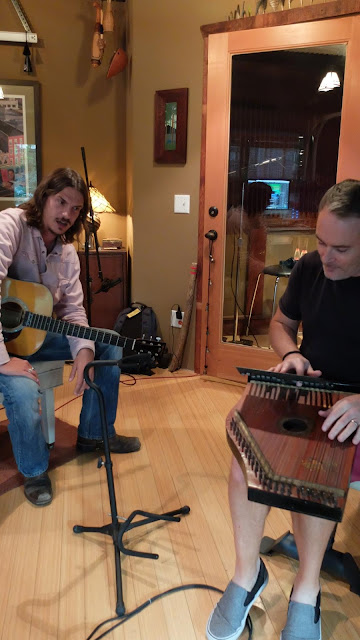 Also we are trying writing with other songwriters for the first time ever, and we've been recording with David Crosby's son James Raymond, who is a full time member of CSN and co-wrote CROZ and is one third of CPR. We've recorded two new songs, 'I Leave No Traces' and 'Harlequin', and James will appear on our next record on keys. We'll most likely have a new single by around January but e don't want to rush too quickly though. Abstract Heart is still being discovered by new listeners right now. 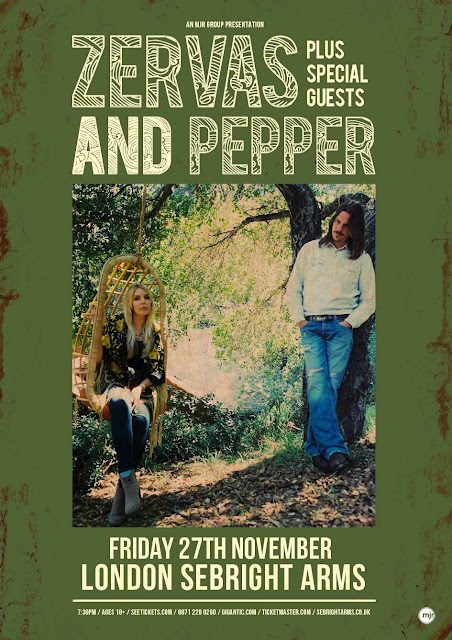