The third volume of the acclaimed compilation Too Slow To Disco is nearly upon us and this time it features the female voices of the 1970s Los Angeles music scene. Aside from Carly Simon, Rickie Lee Jones and Carole King, most of the artists featured were over-looked even at the time. So much so that in a recent episode of the excellent podcast Beyond Yacht Rock the hosts struggle to think of a single female yacht rock artist. The Ladies of Too Slow To Disco is going to change all that and for the first time in decades great tracks by the likes of Laura Allen and Franne Goode will finally have their moment in the sun. 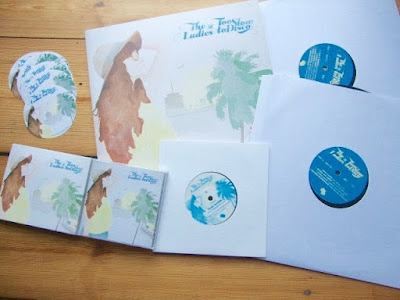 The Ladies of Too Slow To Disco has already been made Compilation of the Week on the Lauren Laverne show on BBC 6 and it's received a four star review in Rolling Stone. And the curator of album Marcus Liesenfeld aka DJ Supermarkt has just announced a European tour, and the release of a 7" single to celebrate Record Store Day (which you can hear below). We'll hosting a special mini-mix featuring the tracks on the compilation soon and we'll also be at the London album launch at Spiritland on Friday 15th. Hope to see you there.