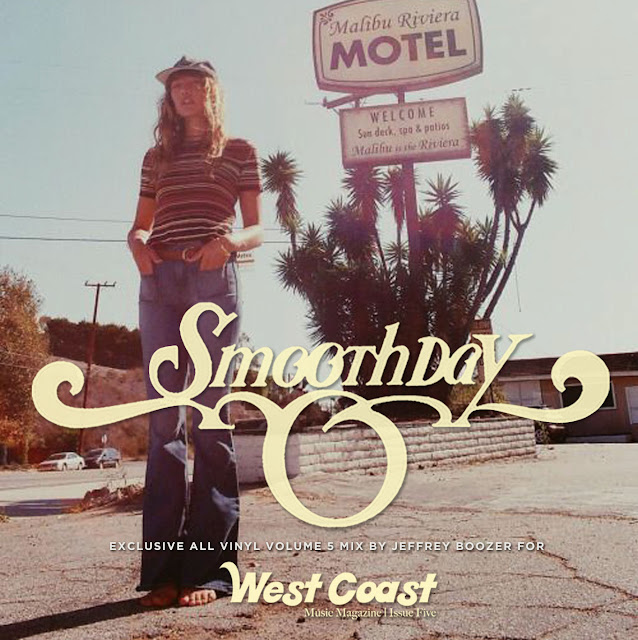 "Very happy to share the latest edition of my Smoothday AOR and West Coast mixes with the ever enlarging online community of this genre's fans and manic super supporters," says Jeffrey Boozer. "Volume 5 is a coordinated effort with Nick Mawson, West Coast Music Magazine editor extraordinaire and burgeoning vinyl digger.

Nick served as major inspiration and audio compadre while assembling these tracks and it has been mastered into a rare and rewarding journey through the dollar bin and expensive online auction world alike. From the Southern Rock turned smooth sounds of 1977 era Little Feat, to one hit wunderkind Brian Elliot, to the latest of the late era Asylum Records artists Mike Lawler and Johnny Cobb (whose aptly titled and impressively solid Men From Nowhere LP is probably hiding away under the main bins at your local shop right now) and the ever rewarding and exceedingly rare late 1970s Miami harmonies of Spats, I hope you enjoy volume 5!"