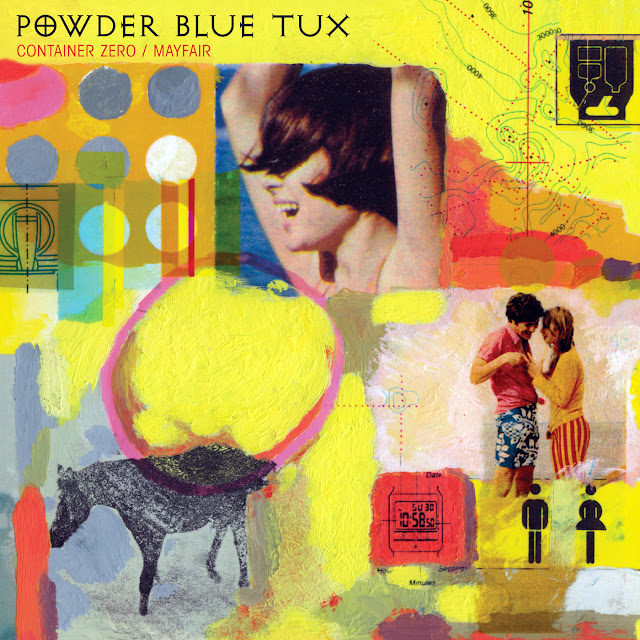 Regular visitors to AOR Disco will be familiar with Barney Hurley's AOR Rarities Playlists,  a true connoisseur's guide to Westcoast music. He's also well-known as the founding member of Samuel Purdey, possibly the smoothest band ever to emerge from the UK, whose mid-1990s album Musically Adrift has had an extraordinary comeback in recent years. Barney now records under the name Powder Blue Tux, and 'Mayfair', his first single, was released in the summer of 2015. We spoke to Barney about 'Container Zero', the second single which has just been released along with 'Mayfair', on the excellent Preservation Records and features a number of big name collaborators from the Westcoast scene.

What was it like working with AOR legend Jay Graydon? How did he get involved?

Well, it's great nowadays because you can do remote sessions i.e. you produce the session musician over the phone or Skype them. For instance, I thought that Jay would be a great candidate to play the solo on the middle eight section of 'Container Zero', so I called him and we looked over the chart, I explained what I wanted and when he was recording the solo I produced him over the phone. He's a great guy, very funny indeed! I must have spent over four hours on the phone with him which was an absolute pleasure.

Who else is on the record? And is this a different line-up to the one which appeared on Mayfair?

Peter Erskine, who is one of my many favourite drummers, played on 'Container Zero'. He's played with Weather Report, Steps Ahead, Steely Dan, Jaco Pastorius, Joni Mitchell, Rickie Lee Jones and hundreds of other amazing artists.Michael Leonhart and Walt Weiskopf from The Steely Dan Horns I had to use again as Leonhart did such a great job arranging the horns for 'Mayfair'. He did an equally good job on 'Container Zero', his solo on the outro vamp is awe-inspiring! He did it in one take. I almost fell out of my chair!

Also, the ever important mix-down was handled by Elliot Scheiner. He's mixed Donald Fagen's The Nightfly, Steely Dan's Gaucho and absolutely hundreds of seminal recordings. With the mix-down, you have to be there in person, it's absolutely essential. So back to the States yet again. 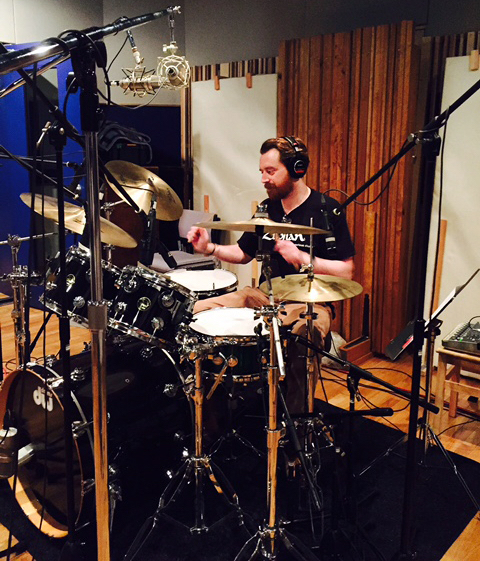 
What is a ‘Container Zero’?

Container Zero was built by the French conceptual artist Jean Pierre Raynaud. I'll leave it up to the listener to interpret the lyrics.

What else will be on the EP?

I want it to be a very eclectic sounding EP. The EP will be 6 songs, each song utilising some of the world's finest session players, each track will have a totally different line up. This sampler CD is just a taster of what's to come. I'm currently working on the 3rd cut, it's a Jazz Fusion track. I've been in touch with drummer Keith Carlock and guitarist Dean Parks about playing on the recording and they're as good as booked.

There will be no live dates, I spent most of my twenties touring. The thing I really love about Powder Blue Tux is that it's just me, so I make all the decisions. No more 'musical differences'. I've had enough of those, I can tell you. I now prefer being in the recording studio. They've always got extremely comfortable chairs! 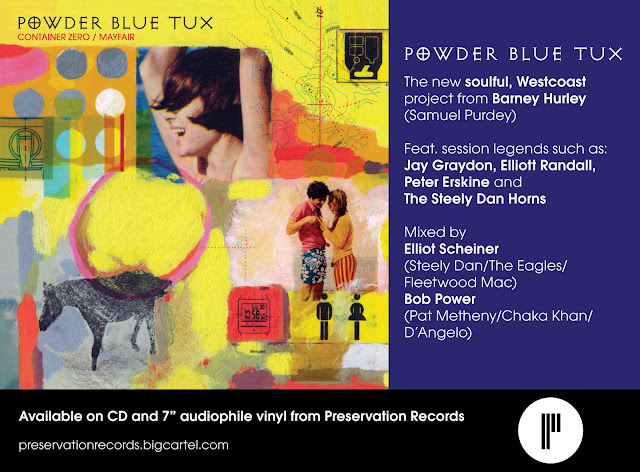 Anonymous said…
A great interview and insight into the wonderful Powder Blue Tux single release from last summer, 'Container Zero'. Oozing with class in its production, lyric and performance. Can't wait to hear more great new music from Barney in the near future. (Nick Mawson)
2 February 2017 at 16:32

Anonymous said…
Nice interview Barney...looking forward to completed eclectic EP...particularly Jazz Fusion track!....i'll warm my ears up for that one.....
4 February 2017 at 08:07