Too Slow To Disco Brasil - compiled by Ed Motta 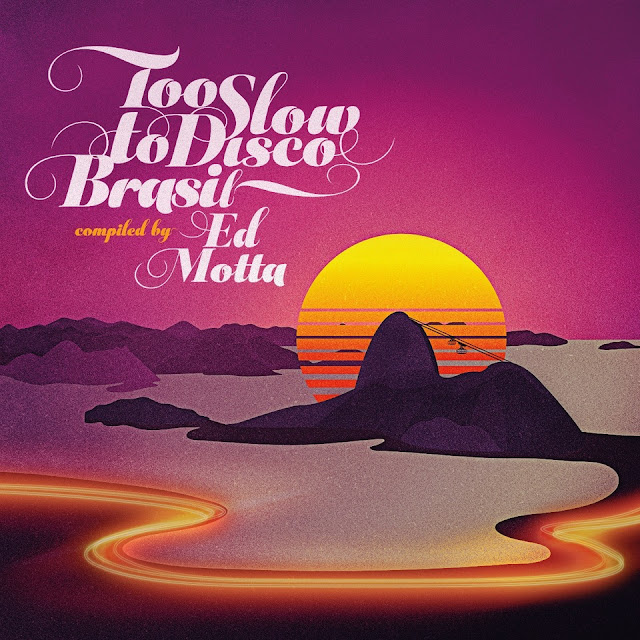 Tomorrow night sees the London launch party for the much anticipated fourth volume of the superb Too Slow To Disco compilation series. This volume marks a departure from the previous three: it switches from Los Angeles to Rio and DJ Supermarkt, the man behind Too Slow Disco, has invited Ed Motta aka 'the Colossus of Rio', to select the tracks an often overlooked side of Brazilian music: Brazilian soul, funk and AOR.


We first became aware of Ed back in 2014 when Wax Poetics featured his now classic AOR Mix. Ed had just released a solo album called AOR, a love letter to the genre featuring the high production values, sophisticated harmonies and melodies inspired by the West Coast sound of McDonald-era  Doobie Brothers and Steely Dan’s Gaucho. But Ed had had a long and illustrious career before then. Nominated for various Grammys, Ed has worked with everyone from Gilles Peterson to Roy Ayers, 4Hero, Seu Jorge, Patrice Rushen, Greg Phillinganes, Bo Diddley, Incognito, Ryuichi Sakamoto and many others. He's also known as a leading collector, with over 30,000 records at his home from all over the world. 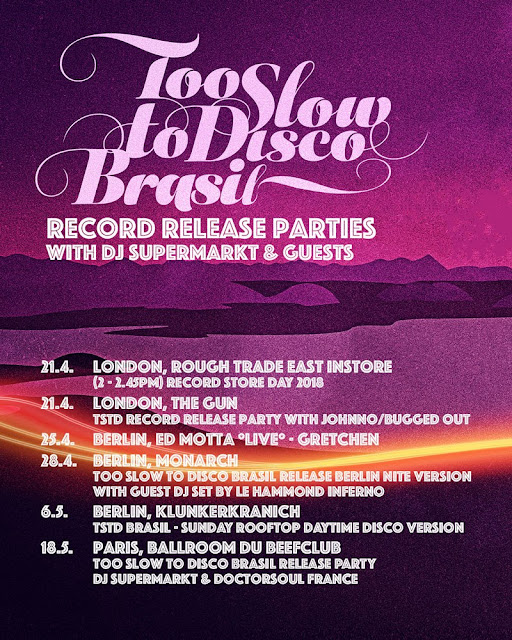 In Too Slow To Disco Brasil, Ed has selected ultra rare tracks by Carlos Bivar or Gelson Oliveira and Luiz Ewerling – both of whose songs here are from privately pressed albums which aren't even listed on Discogs. He’s curated a range of Brazilian musical heroes like Rita Lee (who was part of the legendary Os Mutantes), Cassiano (one of the founders of Bossa Trio and Os Diagonais) and million sellers like Roupa Nova,  referred to as ‘the Brazilian Toto’. The highest praise of course.

"Before slipping this LP on, you need to nail the AOR modus opeara. That means: a Hawaiian shirt à la Magnum PI, loafers without socks as in Miami Vice, jump in your convertible and drive under the coconut trees. This is a sunset ride through Rio de Janeiro, Los Angeles, Miami, Hawaii. Aloha!"