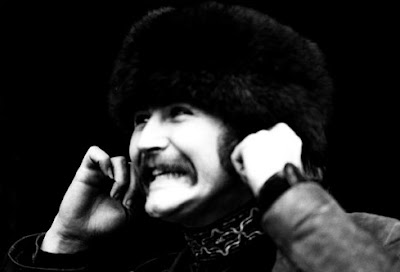 "It was back in 1989 during the acid house wars that I first ventured onto the decks," says Graeme Fisher. "Well, one deck to be precise. One belt driven deck, a homemade reverb unit, a small collection of records and a large sheet of psychedelics to be very precise. There were only eight people in the barn that night and if any of them could remember they’d definitely say it was one of the best musical experiences they’d ever had (especially the bit when I dubbed the shit out of the opening bars of 808 State's ‘Cubik’ for a good five minutes)."


From those humble beginnings Graeme has gone on to play at some of the best clubs in the country and beyond. He’s held residencies at Pacha and Space in Ibiza, Tribal Gathering and Type @ The Cross amongst others. Over the years he's played on the same bill with DJ’s including Alfredo, Sasha, Daft Punk, Erol Alkan, Jose Padilla, Andrew Weatherall, Idjut Boys, Ashley Beedle, Phil Mison, Balearic Mike, Ray Mang, 2 Many DJ’s and The Chemical Brothers.


Graeme has released records under the names Kay and Fisher, The Original Holy Rollers and Air Tattoo, whose remix of Punchanlla’s 'San Trancisco' made it onto DJ Magazine’s ‘Top 10 Progressive House Tracks Ever Chart’.


Recently he has been resident alongside The Project Club's Steve Lee at the Balearica sessions in London and is an original contributor to the Disco Not Disco group playing regular dates for associated nights and parties.


Other excellent mixes by Graeme can be found on his Facebook group The Extended Mix.