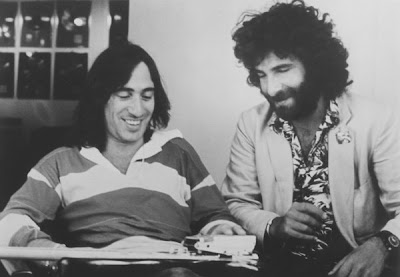 Sean Johnston has been DJ'ing since his formative years in the frozen North. He has played at some of London's landmark clubs including The Promised Land, Sabre Sonic, Club UK, Final Frontier and Disco Bloodbath.
His productions, alongside fellow Hardway Bros, Jake Davies and a mysterious South Londoner known only as Rico have been released on a variety of labels, such as Sabres of Paradise, Third Mind, Flashcomm and more recently Beard Science, Pointless Edits and cult Norwegian act Mungolian Jetset's label Luna Flicks.
Sean's DJ'ing style, described by FACT Magazine as "Future Disco", is hard to pin down to one convenient genre, taking in house, disco, re-edits, techno and anything else that takes his fancy. Recent gigs at East Village with  Andrew Weatherall, a set at Disco Bloodbath and a down-tempo set on Tim Sweeney's Beats In Space radio show  helped him secure a founding residency at London's newest super club Cable's Future Flash night.
Sean is currently working on new Hardway Bros productions and preparing to launch his next DJ residency alongside Andrew Weatherall - A Love From Outer Space. The night launches on May 20th in East London at The Drop.


"I discovered the original of "Wind" via a documentary about classic adverts," says Sean. "It was used in the soundtrack to the uber classic Benson & Hedges Iguana advert which was directed by Hugh Hudson. It took quite a lot of digging to discover that it was from a little known triple concept album by 10cc's Godley and Creme called Consequences (a musical featuring Peter Cook!). And yet even more digging to find a cd of it. The original is very short so I stretched it out and added some fat drum over-dubs!"


Thanks to Sean for this exclusive edit for AOR Disco.