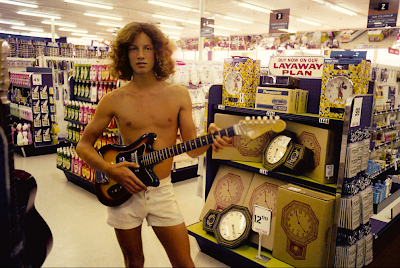 "AOR Disco was started in 2009 by Matthew Hamilton with a mission to rediscover the lost golden age of Adult Orientated Rock. From the beardy acoustic era of late 1960s Laurel Canyon to the white-suited Yacht Rock yuppies of the early 1980s, AOR Disco seeks out the best in vintage Californian drive-time hits, psychedelic funk, soft-rock disco and the kind of obscure album tracks you might find at the back of your dad's record collection.

This isn't some guilty pleasures site however. There's nothing ironic about the selections here. AOR is proud and soulful music, and having been misunderstood and marginalised by the music press for decades it is finally being given the love it deserves by a new generation of DJs and producers. AOR Disco isn't just about looking backwards. The re-edits and mixes from Todd Terje, Bonar Bradberry, Rayko,  DJ Supermarkt, Coyote, Psychemagik, Mindless Boogie,  Andrew Clarke and many others give the the old classics a very modern shine whilst retaining the glorious spirit of the originals.  AOR is back and you need never say sorry for liking this music ever again.

Matthew Hamilton is a literary agent who represents a number of music writers, and artists such as Danny Rampling.  This compilation was mixed by Graeme Fisher of The Extended Mix, who along with Steve Lee of The Project Club inspired the idea for the site in the first place. Fisher has played throughout Europe over the last twenty years and was Jose Padilla’s resident for his club night at both Pacha and Space in Ibiza. Since those days he’s played at major clubs and festivals such as Bugged Out, Glastonbury and Bestival."