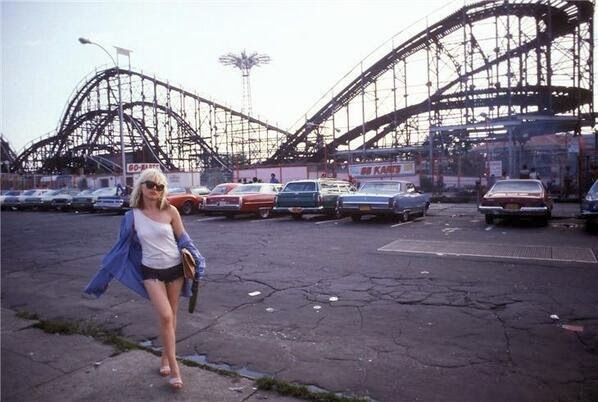 The outstanding remix of the year so far has to be Luxxury's take on  The Eagles' Hotel California. Since we premiered it in January, it has had nearly 180,000 plays and high praise from the likes of Greg Wilson. And today Luxxury launches his latest track in his edits series, and this time it's Rapture by Blondie which gets the slow disco treatment. We spoke to Luxxury last week about his classic rock and pop edits series (and the download of Rapture is available at the end of the interview):

What inspired you do do a Moroder-style vocoder version of Hotel California?

The main idea for the Luxxury Edit series was to take overplayed and/or uncool songs and turn them into tracks that I myself would want to DJ. Initially the plan was to do this exclusively using the sounds from the original multi tracks, rather than the typical "throw a new beat and some swooshes on it" kind of re-edit.

For Hotel California, the song is so iconic and overplayed that it just felt right and necessary to fuck with it. I had the most of the arrangement together and I liked the vibe, but it was sounding a bit boring as an instrumental. So I started playing with a sequenced synth bass so that it traded off with the bass guitar, and I liked how it started to give it a more futuristic sound. I was dubbing out the Henley vocals but that wasn't working either. So I decided to double down on the future/retro blend and put Don through the vocoder, and it immediately felt right. It was just enough of the original to be recognisable but with a distinctive twist. I love how Greg Wilson originally thought it was an obscure German cover version when he first heard it, that was high praise indeed!

Each of these edits has been its own discovery process: they all start with me listening to every single isolated instrument, finding bits that are exciting or surprising - elements buried in the mix, or even outtakes - and then starting to arrange them until the track has just the right blend of familiar and unexpected.

Any plans for a vinyl release?

Yes! I'm putting out a 12" with Hotel California, Night Fever and probably Rhiannon on my own label, which will be called Exxpensive Sounding Music, with distribution via Prime Direct. It will be out in time for Record Store Day, April 19.

And no hope of getting Don and Glenn's blessing I imagine?

I'm pretty sure those guys are dicks. So, no. 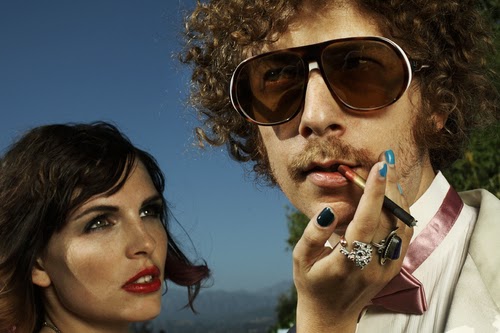 LA Weekly once described you as "The Post-Post- Synthpop King". Would you say that  your recent series of classic rock edits represents a change of direction from The Last Seduction?

I've been thinking about that a lot. On the one hand this project is definitely different if for no other reason than we are comparing my original indie synthy songs to these decades-old, massive iconic international megahits. But I think this series has been a good bridge to the next record which I've just started working on and which is sounding a bit "yacht disco" at the moment. It's still early days but so far the new material shares a lot sonically with the big clappy reverby beats and overall sound of the edits, but the songs are more straight up verse chorus verse style song-y songs. Indeed there are a lot of allusions to the arrangements and even instrumentation of classic 70s AOR stuff, but with a modern touch. Like maybe if ELO was produced by Blood Orange's Dev Hynes; or if Kindness remixed the Bee Gees; or if Ariel Pink ate ABBA.

Were these songs by Fleetwood Mac and the Eagles ones you knew growing up?

For sure, yeah. I grew up in the Bay Area and my dad was a big record collector so I definitely heard my share of Rumours, the Saturday Night Fever soundtrack and the like. When my dad moved he had to sell his collection of 10,000 LPs, which is a huge regret I have because I couldn't really take them myself. I still kick myself because he had the original Beatles Yesterday butcher cover - but it was the version where they pasted over it so we never noticed we had it!

And how is LA's 1970s/80s past - regarded as a golden era to many people around the world - seen by people in the city now? I was surprised not to hear more of it when I was in LA last year.

Hard to say, LA is such a disparate group of creative fiefdoms with different levels of awareness of irony that I sort of lose track of how many layers are in play when people reference that era, and what the significance might be. Like, when you see Mischa Barton wearing a Fleetwood Mac shirt it's like: does this mean I need to reconsider my reconsidering of them? So I try not to think about that so much, I just know that my love for AOR Disco is completely sincere because I listen to it when nobody is watching. I'm optimistic that as a sound it seems to be on the rise, and hopeful that it might mean a few more people pay attention to my next album. 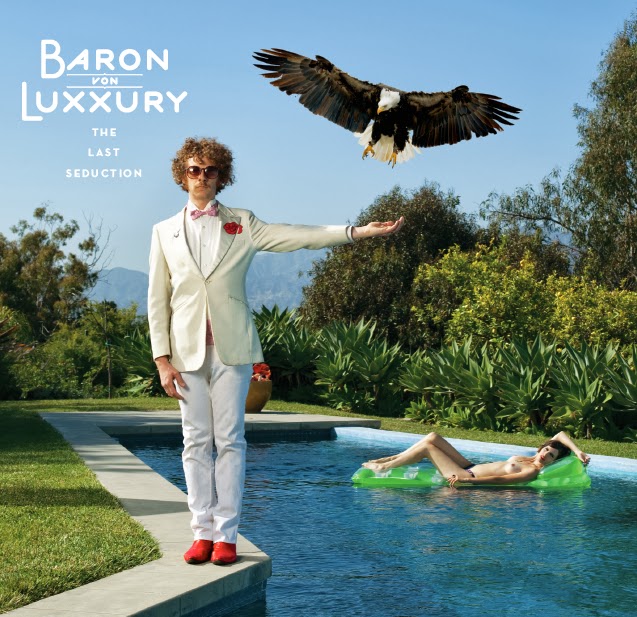 I notice you are no longer a Baron. What happened? I hope swimming pools and beautiful women will still feature in your album artwork.

Ha! Hard to say what the next album cover will be like, though there's definitely a major California vibe going into it so it would certainly make all the sense in the world to go the "Helmut Newton at the Chateau Marmont" route again. As for the name change, I've always liked bands and artists who make subtle adjustments to their monikers from one album to the next. Like on early New Order records it was Bernard Albrecht, then Dicken, then finally Sumner; or how every Foetus album was under a different name, but they all had the word "Foetus" in them. I need to dig up my copy but I'm pretty sure theres an early Nirvana 7" credited to Kurdt Kobain, or maybe it was Curt. Anyway, I find that amusing.

What are your plans this year?

Lots of vinyl is coming soon: in addition to the Hotel California 12" I mentioned before, my Urgent edit is going on a limited 12" alongside a new track from Late Nite Tough Guy, also on Record Store Day. Then I'm putting out vinyl for Vogue and Rapture with the dudes from Razor N Tape, and I'm still in talks with another label about possibly a fourth vinyl release after that. Really excited for all of these as vinyl was a big goal for me going into this project.

Now that Rapture is out, I need to finish the last three tracks in this multitrack-based edit series, which ends in May. At the end I'll put out another "Slow Edit" mixtape (which will be slightly less slow) and another digital compilation album on Bandcamp. After that I plan to continue to make edits indefinitely...just not at this crazy one-per-month pace which has been surprisingly all-consuming! I really really enjoy making them, and they are functional for me as a DJ, so I expect to keep doing it fore's.

Outside of the world of remixes, I spent most of last year producing and co-writing songs with a half dozen new artists based in LA, NY and elsewhere. I've got about 40 songs that are nearly done from these guys, so this year I'm looking forward to starting to put some of that music out. And as I mentioned I've just started working on my next album of original songs. I've never collaborated so much so early on in the songwriting process for my own music, so it's a very new direction for me. While it's a scary thing to let go of being in total control as I have in the past, I have so many talented friends bringing really cool ideas to the table that I'm super excited about the new material and can't wait to play live again soon.