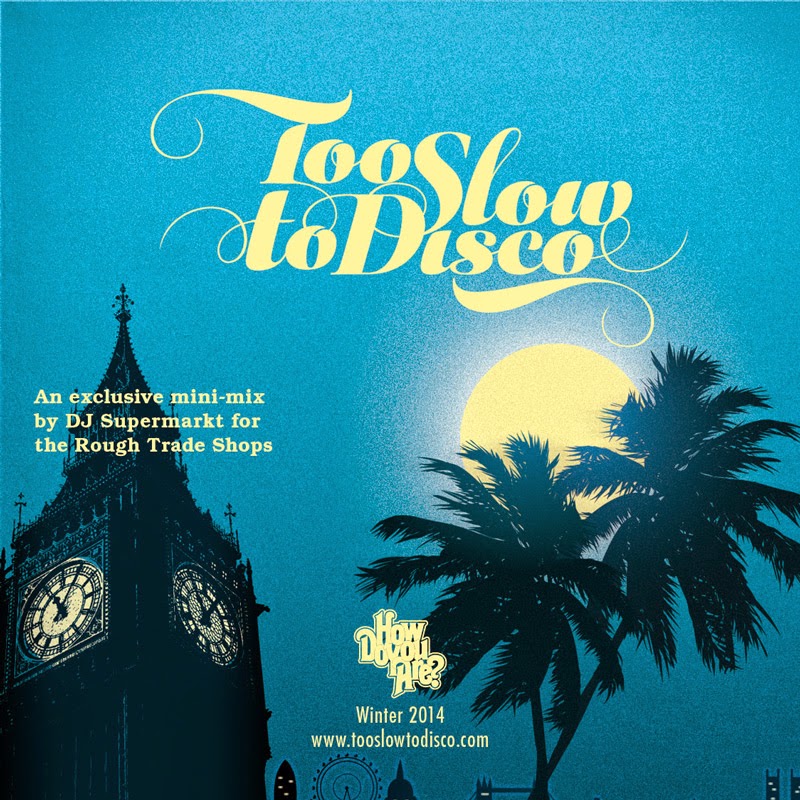 "Here is a little extra present for Rough Trade for making Too Slow To Disco their number one compilation of 2014," says Marcus Liesenfeld aka DJ Supermarkt. "It's a mix based on a bonus disc exclusively available at Rough Trade.

It is my first Radio-Style-Mix after 2011’s Nite Flyte, Too Slow To Disco from 2010 and Laurel Canyon from 2009. So it comes with lots of spoken-word breaks, radio jingles and other annoying stuff in between the tracks. This time it features really obscure and forgotten artists from the late 70s and early 80s who embrace that Westcoast sound between the singer/songwriter era and 'almost disco'.

You get LA-influenced bands from funny places like Norway, the Netherlands, two acts from sunny UK, a group that doesn’t even has a name, a guy who used to be in Jefferson Starship, a forgotten all-star session-band from LA, which released two albums on a label by one of the Beatles, a track by a band that really is only mentioned in this big thing called internet. Plus a light, phantastic, exotic ten minute disco-trip to a remote Pleasure Island. Enjoy."

1. LAVA - Give It Up
2. THE GROUP WITH NO NAME - Get Out In The Sunshine
3. RASA - Questions On My Mind
4. MICKEY THOMAS - The Street Only Knew Your Name
5. THE MARKLEY BAND - Fallin’ In Love
6. FINIS HENDERSON - Lovers
7. THE ATTITUDES - Drink My Water
8. GARY BENSON - I Think This Could Be It
9. THEATER WEST - Searching For Ourselves
10. LINER - Ship On The Ocean
11. PAUL JABARA - Pleasure Island