How To Be Good: Luxxury Talks To AOR Disco About His New EP 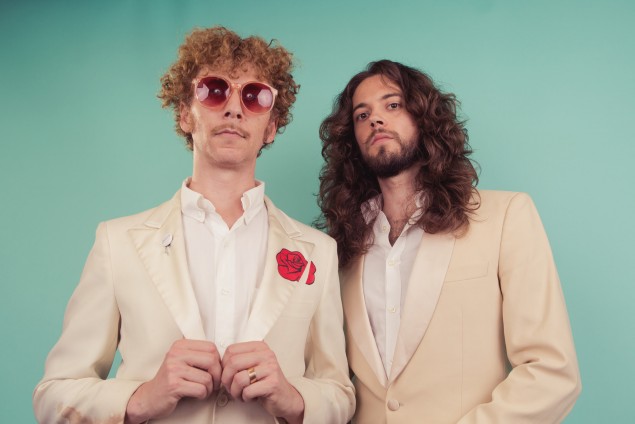 This week Luxxury's “How To Be Good” EP is released on his new label Nolita Records. It features the three singles released this year by LA-based producer Blake Robin, along with a new single “Breathe (Again).” A big name in the disco world with his Luxxury Edits series (including his much-loved vocoder-led remake of "Hotel California" which incurred the wrath of Don Henley) and his hugely impressive live remixes, Robin's sound has the warmth and nostalgia of classic West Coast disco combined with a tough modernity, which he says is "like LCD Soundsystem dipped in Bee Gees as remixed by Todd Terje." Featuring the trusty Rhodes piano and Robin’s own blue eyed soul falsetto, the three singles collected on this EP  have had over one million cross-platform plays and scored Luxxury a coveted spot playing live on NBC’s Carson Daly as well as a slot opening for disco legend Giorgio Moroder. Robin also recently toured the UK and Mexico, and will close out the year opening for for The Juan Maclean in New York City New Years Eve. We spoke to Robin about "How To Be Good" and his plans for 2017... 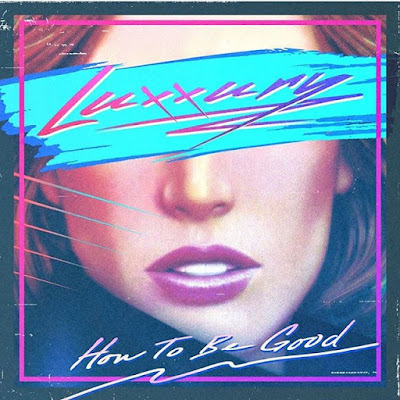 1) Tell us about Nolita. And what made you decide to start a label rather than go with the ones you've been on before?

I’ve had great experiences working with Deep and Disco, Plant and Eskimo but I’ve got a whole bunch of singles lined up and ready to go and it just wasn’t in line with their schedules. Plus I enjoy all the aspects of the process - the music, art, videos, promo - so it seems like a good idea to try it myself (famous last words, I know!) Anyway after this EP I’ve got 3 more Luxxury singles teed up through next Summer, plus I will be putting out a few releases by some newer artists I am producing. And some surprises might pop up as well, hopefully some vinyl for example.

2) Can you talk us through each track on the new EP?

This is the new single, though truth be told an earlier version of it was on an Eskimo comp in the Spring. But it wasn’t quite a finished production, and since it was a compilation by definition it didn’t get as much attention as a proper single. So I went in and added some new synthy overdubs to put a final sheen on the mix, made the breakdown more psychedelic, and cut about a minute of fat to make it more single-y. And Bob’s your uncle.

As for the song itself, its a somewhat deceptive disco song in that the jaunty, dancey bassline and Rhodes melody stand in stark contrast to the existential crisis contained in the lyrics: “Day after day/I can’t take the heat/I just need to breathe/Day after day/We go on and on and on….”

In January JKriv from Escort put out our first single "Take it Slow" on his Deep and Disco label, bringing incredible remixes from Greg Wilson & Derek Kaye, A Vision Of Panorama, Nuclear Digital Transistor and JKriv himself. Then Eli Green directed one of my favorite ever videos for it. I was really hugely surprised at the response. It ended up charting on Soundcloud’s disco top 20 for a while and is hovering around 230k plays on Soundcloud as of today, which is the biggest track I’ve had on that platform since my "Hotel California” edit (R.I.P.).

"What Do Ya Really Want?”


We put this out in late July as a sort of melancholy, mid-summer malaise of a song. The slowest of the already-fairly-slow batch of dancey songs at 96bpm (the fastest, by contrast, is “Breathe (Again)” which is practically a polka at 116bpm), it was supposed to feel like a dip into an existential disco swimming pool. It has also proven to be our most popular to date with over 500k plays so far thanks to support from Majestic Casual & Last Gas Station. UNOMAS brought the heat on his remix (available on Plant Music with a nearly 10 minute megamix) and the retro 80's poolside video by Jim Harmon...well, it's just sort of the best and worst party ever, isn't it?

Our second single "Hold On" came out in March and again Deep and Disco stacked the dancefloor deck with rad remixes by Crackazat. Justin Strauss' Whatever/Whatever and a 2nd one from Greg Wilson & Peza. Fun fact: this song and “Take it Slow” were originally the same song. When I first started writing songs with Billy in early 2014, we made seriously complicated songs with multiple sections. We called it “prog disco” and the songs would often cycle through as many as 5 or 6 different sections, like an ABBA or even a Yes song. Anyway, a stern talking to from my friend Josh aka Goldroom (who has been the executive producer for our original songs) led to me chopping the song into two. “Take it Slow” found new life from what was once the chorus; and "Hold On” was the verse and post-chorus section of the nascent version.

3) How was it playing live on NBC's Carson Daly?

What’s crazy is that we only found out about the show two weeks ahead of time, and aside from Billy Caruso there was no band! Within minutes of getting the call from my agent (Paul from Spin) I was texting my friend Zach Robinson aka D/A/D to see if he could play keys and guitar. He happened to know a drummer, Sam KS, and within about an hour the whole band and a rehearsal plan came together. Also: we only had about 3 finished songs, and 3 or 4 that were close but not nearly ready to teach to a band, not to mention perform…on national TV! So it was bonkers for two weeks, rushing to finish material, teach it to the band, and get as tight as possible. Luckily the guys are all total pros, and we pulled it off. Though I had a scrap of paper onstage to help me remember a handful of lines - indeed after soundcheck I was literally pacing around the dressing room with headphones memorizing the lyrics to “What Do Ya Really Want”!

4) And what was it like opening for Giorgio Moroder?

That was incredible too, though I regret not meeting him. Jason and Eugene from Escort really one upped me big time as they brought vinyl and got him to sign it. Not just E=MC2 either, I think one of them had some Munich Machine. Deep cuts for the deep disco nerds!

5) How did Mexican audiences respond during your recent tour there?

That show was unfair how great it was. The gig was a promotion the hotel was putting on to get hipsters from Mexico City to come down for the weekend. So they flew us in on a Friday and we got to enjoy this huge all night feast and sleep in before our early evening beachside performance Saturday…after which we stayed up with the natives, had all day Sunday to recover before our flight home Monday. That NEVER happens! Not that I’m complaining but usually you fly into a city, maybe stop at the hotel to get changed, go to the gig, get no sleep and waked up to catch a flight back the next morning. So Cabo was heaven on so many levels, not the least of which is that the promoter Shakes is a total sweetheart and everyone there was super friendly and into it. OK now you’re making me want to go back there! 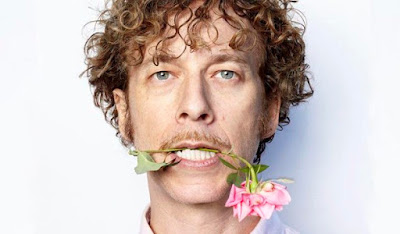 6) Any further collaborations lined up with Greg Wilson in the UK?

Not right now, I always send him stuff in progress to get his 2¢ though.

Three singles are already complete and in the queue for release on Nolita, all of them are songs we’ve been playing live and frankly are the ones that have been the most popular. The first one is called “Feel The Night” and that drops in February. I’m lining up remixes for that one now, probably to drop in March. Would love to do vinyl as well.

8) How do you find the LA music scene at the moment?

LA has a really open, collaborative, supportive vibe. Maybe it’s because I’ve grown up myself or whatever but when I was in San Francisco I just never felt part of the scene, whereas here there’s more of an attitude of a rising tide lifting all boats. So people are really generous about sharing ideas, contacts, opportunities. It’s really amazing. Also the opportunities to collaborate are incredible, I’m working on some features and co-writes now that I’m really excited to share in 2017.

9) Have you managed to steer clear of any controversy this year? I saw Don Henley in concert in the summer and thought of you...

Ha! I think I’ve managed to avoid trouble. But I titled my EP accordingly, in case I start to slip and need help remembering what to do.

10) What's the next remix you have lined up?

Not sure! I’m always working on a dozen at a time and they’re all not quite there, but then suddenly one emerges as the strongest. I’m pretty close on this Hall and Oates one but maybe Frampton will get to the finish line first? Or they’ll both continue to be not quite good enough and out of nowhere I might solve the Joy Division problem thats been plaguing me. TBD!