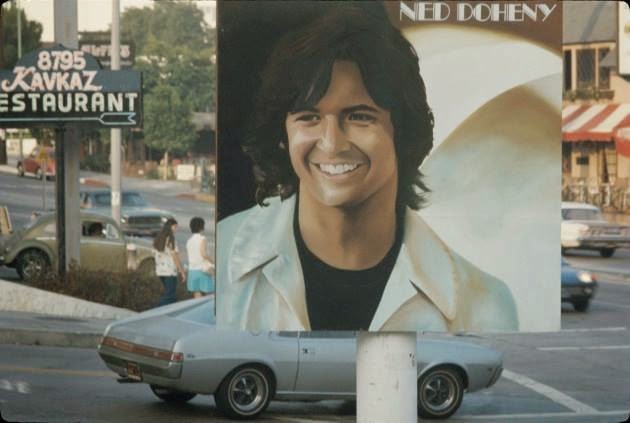 "Ned Doheny’s Hard Candy, originally released in 1976, is widely considered the finest blue-eyed soul album of all time," says Rob Butler of London-based vinyl reissue label Be With Records.  "A scion of notorious oil barons for whom L.A. streets and beaches have been named, Ned appeals to vinyl collectors of many persuasions; from beach-funk crate diggers to smooth Balearic heads. It is has long been a source of great frustration then, that this perfectly-formed Southern California ‘Marina Pop’ masterpiece has been unavailable on vinyl for almost 40 years. Previously bootlegged in derisory fashion, original copies are rarely found for less than $100.

This is the first officially licensed reissue of Doheny’s nautical classic. Perhaps most famously, this impeccably smooth set features the timeless 'Get It Up For Love', a wonderful example of mid-70s mid-tempo white-(hot)-funk.

Produced by the legendary Steve Cropper, it featured a veritable who’s-who of the Laurel Canyon soft-yacht sound (JD Souther, The Eagles, Linda Ronstadt, the entire horn section for Tower of Power!) yet bombed mysteriously. It’s been a cult record since."

Pressed on audiophile 180gram vinyl and featuring the original full colour artwork for both jacket and  inner sleeve, this will be a very limited reissue of 500 copies. Click HERE to pre-order the album.

Anonymous said…
Stateside we got this and it's phenomenal: http://numerogroup.com/products/ned-doheny-separate-oceans
12 August 2014 at 20:47