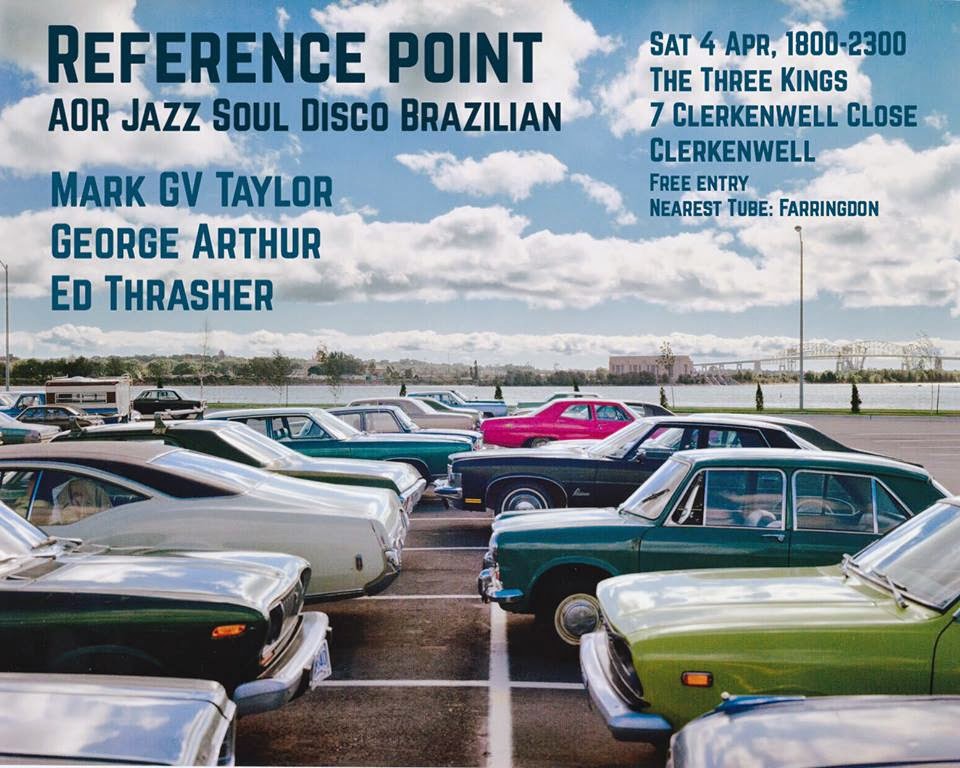 Thanks to Mark 'Good Vibes' Taylor of La Homage for his latest exclusive mix for AOR Disco.

Mark will be DJing at the much anticipated Ned Doheny gig at The Social in London on Friday, March 27th. Doheny is a West Coast legend, best known for classics such as Get It Up For Love and Prove My Love and this will be his first ever tour of the UK.

Mark runs a monthly night called Reference Point with George Arthur (using artwork by Stan Kalopitas). It's always on the first Saturday of the month at The Three Kings pub in Clerkenwell (Farringdon Tube Station is a few minutes away).

"It's a well known muso's hangout for the last two decades I'm told!" says Mark."We normally start at 7:00pm until 11:00pm, but on occasions (like the upcoming Easter Saturday and the Anniversary two year party in June) we will kick of earlier at 6:00pm.

We spin AOR, jazz, Brazilian, Balearic, prog, soundtracks and library music as well as what is on this mix. Basically whatever takes our fancy!"

Track list coming soon but listen out for an outstanding folk/Balearic cover version of Outkast's Prototype by BJ Smith and a truly inspired keyboard solo on the remix of Get It Up For Love, among many other highlights on this mix. Mark's previous La Homage mixes for us are all highly recommended as is his Leo Sayer edit which just keeps on giving.