To The Westcoast (Westcoast, Sunset Disco and Yacht Rock Volume 12) by pH 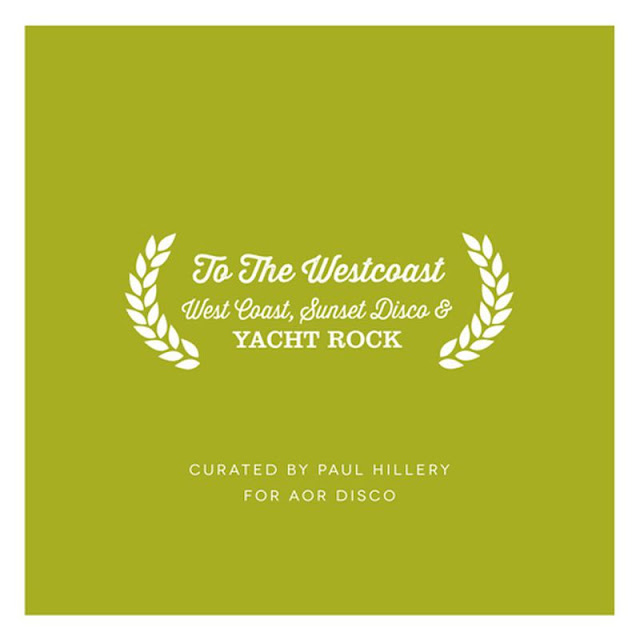 "Well,it's been a few months since my last mix for AOR Disco, "says Paul Hillery aka pH. "And since then Soundcloud has imploded and the AOR Disco page has gone, along with it 15,000 members and hundreds of thousands of listens. Of course you can and SHOULD still follow the AOR Disco blog itself which is still uploading lots of stuff, new edits and mixes from some very special people. I hope you enjoy this latest and twelfth in the series and maybe the very last instalment from me. Music is love, share the joy."
1.St. Elmo's Fire by Michael Franks
2.Alright by Robbie Patton3.Love Is Blind by Dunn & Rubini4.Spaceman by Aidan Nolan5.It's All Behind You by Andy Pratt6.Walk On by White Witch7.Motivation by Bob Crewe8.Body Pulse by John Klemmer9.Never Really Know by Nick Holmes10.Catch You In The Wind by Ron Lichtenstein11.Only Love by Bill Quateman12.Watch The Ocean Roll by Steven Michael Pague13.Gone by Jerry Williams14.To The Westcoast by Ara-Pacis15.Don't Stop by Ish

chb33 said…
if a person doesn't hold a facebook account, are there other options available to download this mix? i don't want to miss out, but i don't engage in social media because i don't own a computer.
11 January 2016 at 04:55

AOR DISCO said…
Try the download button on the green embedded player above and it should download without going to hearthis.at site...
12 January 2016 at 05:54

chb33 said…
nothing actually happens when clicking on the "log in to download" button as suggested; it highlights itself when u put the cursor over it, but does nada when clicked on.
12 January 2016 at 08:52

chb33 said…
yes, i figured that out after you mentioned it. thanx very much--the way it's worded does lead u to believe in the limited accessibility.
13 January 2016 at 09:17