Too Slow To Disco Volume 3 Minimix by DJ Supermarkt 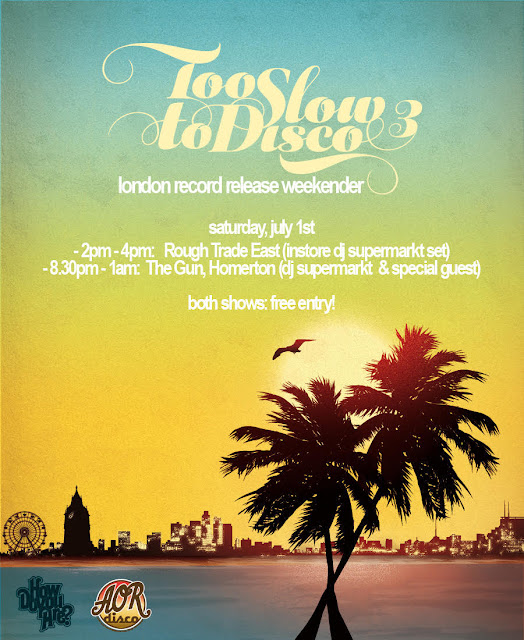 On July 1st DJ Supermarkt will be launching the third volume of the now legendary Too Slow To Disco compilation series featuring "late 70s Westcoast Yachtpop, you can almost dance to..." (see the event page on Facebook for further details). Two days earlier the compilation will be released on CD and Limited Edition Blue 180g Double Gatefold Vinyl - and once again it has been receiving glowing reviews from publications ranging from The Independent to Mixmag. 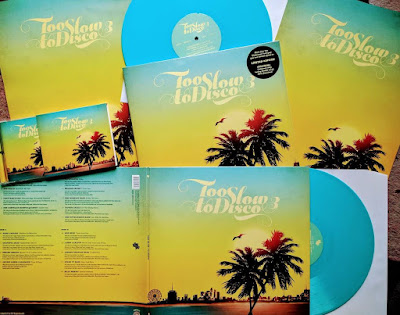 In a market featuring bogus 'yacht rock' compilations from major labels which feature random soft rock hits from their catalogue  (there's one coming from Universal which even features Hotel California by Eagles, a track which is pure Nyacht),  DJ Supermarket goes to extraordinary lengths to license old Westcoast classics, often hunting down the original artists and badgering major labels who usually can't rouse themselves to go to the furthest corners of their archives. We reckon that Volume 3 is the best one yet and to give a flavour of it here's a mini-mix from DJ Supermarkt himself... 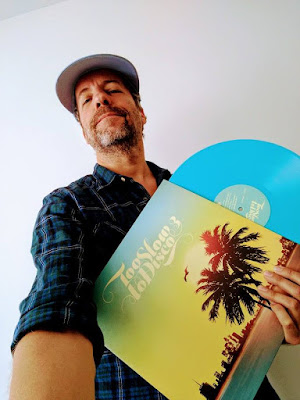 TOO SLOW TO DISCO VOLUME 3

Blogger said…
Are you looking for free Google+ Circles?
Did you know that you can get them AUTOMATICALLY AND TOTALLY FREE by registering on Like 4 Like?
25 September 2017 at 07:01