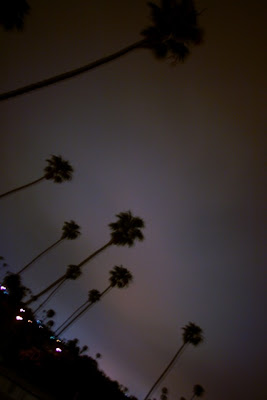 Paul Williams (aka baleariksoul) was one of the founders of the label Beard Science which describes itself as "an anarcho-communistic band of hairy editors".
"It was pretty much my brainchild but it has taken on a life of its own. What you need to remember is that Beard Science is an international affair and is being cared for and guided by people who really love the idea of working together and exposing the best and most creative edits out there."
Today Paul deals in vintage vinyl. Although he is no longer available for DJing gigs, he does still do the occasional mix for blogs such as Another Night On Earth and sites such as Soundcloud.
"This Hollywood Sunset mix was inspired by Gucci adverts, girls in blue jeans and friends in Los Angeles. I made it during the summer so I could imagine being there. That's the great thing about music - it takes you out of the place you're in and puts you somewhere else."
Hollywood Sunset Mix by baleariksoul