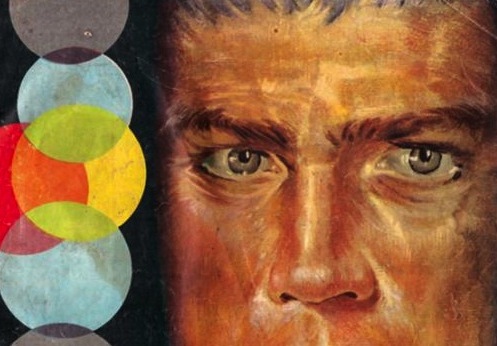 "This mix is inspired by a character called El Eternauta from the classic 1950s Argentine sci-fi comic book of the same name," says John Morgan, who produces photo shoots and plays music in Los Angeles.  "He's literally lost in time, an "eternal traveller" trying to find his way back to the late 20th century.  The mix is meant to channel that same sweet longing and nostalgia for... a remembered face...a voice.... or a place.  Ideally, a hundred years from now, the mix will be dialled in by a lone spaceship a million miles from home."

Party Djays said…
This is simply amazing...
A summer rain is falling outside and this mixtape just works perfect with it.
Obrigado.
Cheers from Portugal.

By the way - if anyone can ID the artist who did the Talking Heads cover it would be much appreciated...
9 September 2011 at 12:42