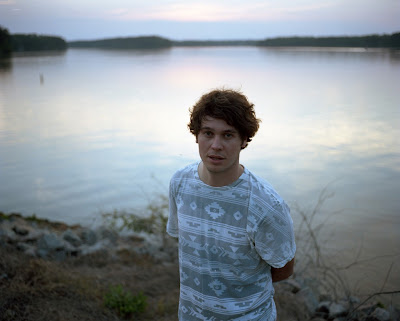 Recently described by Pitchfork as "chillwave dudenheimers", Washed Out are one of AOR Disco's favourite new bands and "Eyes Be Closed" (which can also be heard on Graeme Fisher's  Guest House Paradiso mix) is a contender for the best original track of 2011. Their  latest album Within And Without  was released on Sub Pop last month and Washed Out have recorded a new live version of Far Away, another track off the album, in homage to the golden age of 1970s soft rock. The video of the performance can be seen on Yours Truly.
And if this wasn't enough to support the AOR cause, Washed Out have recently done this mix for Rough Trade featuring a host of classic rock edits.
1. JJ Cale - Wish I Had Not Said That
2. Shuggie Otis - Strawberry Letter 23
3. America - Horse With No Shame (Todd Terje aka Wade Nicholas Edit)
4. Black Sabbath - Planet Caravan (DJ Steef Edit)
5. Fleetwood Mac - Everywhere (Psychemagik Edit)
6. Alan Parsons Project - I Wouldn't Want To Be Like You (The Twelves Re-edit)
7. Kate Bush - I'm Not Here (Fred Palakon Edit)
8. Bread - Make It With You (Appo Edit)
9. Ace - How Long (Discolexia Edit)
10. Electric Light Orchestra - Letter from Spain
Listen on Mixcloud
Email Post