For What It's Worth (Virgin Magnetic Material Remix) - Buffalo Springfield 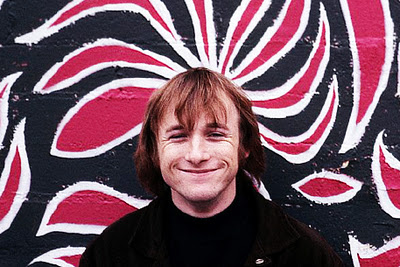 Following on from our recent conversation with Shai Vardi of Virgin Magnetic Material  - and his exclusive Queen remix for us - here's Part Two of our interview.


The sound on your productions is extraordinarily good. What do you use in the studio?

“Thank you, I'm glad you think so, because sound is very important to me. My studio is quite modest, actually.  I work on two computers, a PC and a Mac, and I produce most of the sounds using hundreds of different kinds of virtual instruments and plugins. I do have a few external, analog instruments that I like using, but the whole field of synths and virtual samplers amazes me and it doesn't stop evolving. There are so many companies such as Native Instrument and Arturia producing virtual versions of classic analog instruments, and they're doing it perfectly. Or Waves, an Israeli one, that does effects, compressors and recreations of old tube which warm up the cold and static sounds the computer produces. It's not an easy task to create the natural distortion and warm sound of the 2-inch recorder when using computers – and it's those little 'faults' that makes something human. Having a background in traditional studio recording helps achieve the sound I want.

Other than that I'm a freak for details. You'd probably be surprised to discover the level of particularities I delve into in order to achieve the result I'm interested in. For instance, in some of the remixes, especially those I wanted to have considerably lower BPMs like Rock the Casbah, Love Will Tear Us Apart or Owner Of A Lonely Heart, I don’t stretch the entire singing channel to the new slow tempo. Instead I cut each word or sometimes even each syllable and apply all the pieces onto the new tempo. It's painstaking, but it's important for me on the one hand not to harm the original singing sound, and on the other hand to create a perfect dynamic and groove.

I also make a point out of finding a clean and high-quality version of the original singing channel. It's the only way for me really to create something from scratch. Lots of producers take the entire song and not its channels. They can manipulate it and cut and reassemble and add details, and sometimes the result is beautiful. But I find it restrictive. Also, I always keep my Tobias bass close. In most cases I start thinking about the adaptation and the new groove with the bass in my hand, even if I don’t eventually record it. It's really important for me also to have two big, accurate monitors. I like to make a lot of noise and I have to hear everything as accurately as possible.”

Part Three of the interview coming soon / Buy the 1965 original