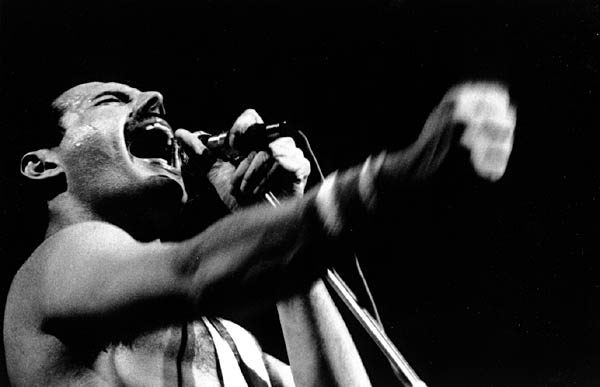 Many thanks to Shai Vardi of Virgin Magnetic Material for this exclusive remix for AOR Disco. Based in Tel Aviv, Shai is an outstanding producer and his classic rock and pop remixes have been getting an extraordinary reaction in the last few months. Here's part one of our interview with him.

Last year you remixed Under Pressure by Queen and David Bowie, which was chosen in  AOR Disco Picks 2011 series. What drew you back to Queen to kick-off 2012?

"I chose to remix "Radio Ga Ga" for a few reasons. Firstly, it's the perfect New Year song. Secondly, I love this song, obviously. And thirdly, for me, the meaning of it is, in so many ways, is exactly what AOR Disco does."

Tell us about how the Virgin Magnetic Material project started.
"I was walking around for quite a few years with this idea in my head, I even started on several pieces about three years ago but I never finished any of them. Not that I didn't like the results, I just have this problem with closure and releasing things. My creations are never prefect for me, I will always find faults and think of ways to improve. But I think that now it's easier for me to decide that something that I've created is whole. There was also the fact that my main interest lay elsewhere back then. I'm also a graphic artist and an illustrator. I was always doing music professionally, but the time I dedicated for creating music was relatively small.
About a year ago I decided to focus on music again, it is and always was my biggest love. I still create my art in other fields but music was always closer to me than anything else and this is what I want to do with my time. I have to say that finding SoundCloud pushed me toward this decision. I thought it was just perfect. These people created an ideal tool for everyone involved in the music industry. I totally felt it could be the right thing for me."
Where you originally a fan of rock who got into dance music? Or was it the other way around? Or have you always loved both?
"My parents gave me my first record player when I was two years old. At age four I started playing the piano and soon other instruments as well, I had hundreds of records as a child and I remember myself listening to almost every possible style — classical music, jazz, soul, funk, but I can also recall that what did it for me more than anything was a good rock or pop song. Stanza, chorus, the voice of the singer. Even more so if accompanied by strong groove of bass and drums. So in my teen years it could have been Matt Johnson or Nick Drake, but to the same extent Stevie Wonder, U2 or Depeche Mode.
In my twenties I worked as a label manager and A&R in a large Israeli record company. I managed for it some of the best English indie labels of the time - 4ad, Mute, Domino, Beggars Banquet, XL, Filter, Dorado. I was also a radio music editor and host. My taste and interest focused more on alternative music. I was on the one hand very into the music of Frank Black, Layne Staley, Mike Patton or Trent Reznor, but on the other hand I was very connected to electronic music and how it developed back then. I liked minimal techno and deep house and was always excited to find a combination of the power of a good rock or pop song with some serious grooves and electronic production. For instance, OK Computer was and still is a masterpiece for me, but when I heard Kid A I knew this is my direction as a musician and producer.
So the songs I choose to work on are in most cases those I truly love and was raised on. But it isn’t simple to start messing with your own holy cows. I start working on each song with tons of respect to the original song. I always make my best to get the singing sound as clear as possible, and also to add my own original interpretation in the production and get a result as moving and as powerful as the original. Quite often I discontinue my work if I don't think I can achieve this goal. It's also not my agenda to turn every song into a club hit. The most important thing for me is to serve the song in the best way possible. I do admit, though, to have this tendency to turn rock songs into electro-disco. It sounds reasonable to me to marry Jane's Addiction with a heavy electro groove. I guess I just want to hear such things myself."

The next two instalments of our interview with Shai Vardi will be posted over the next few days. 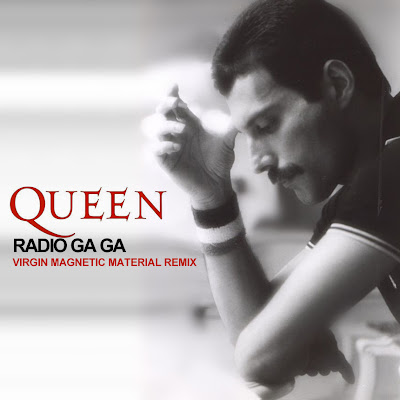