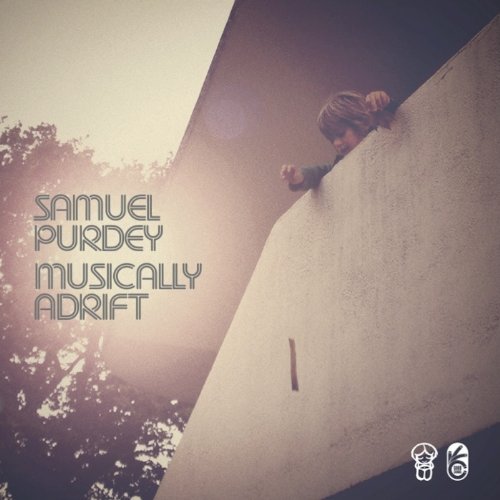 We first came across Samuel Purdey a couple of weeks ago when we saw their Facebook page. Hazy 1970s-style album cover artwork. Bloke wearing a Chicago t-shirt in the band photo. Talk of ex-Steely Dan members playing on their record. With the AOR revival in the UK gathering pace here was a group with a great sense of timing. So we were amazed to discover that Samuel Purdey's debut album Musically Adrift was actually recorded at the worst possible time: the mid-1990s, the boom era for electronic dance music and bleak, half-assed alternative rock. It turned out that the extraordinary musicianship, smooth and expensive production, and the homage to acts like The Doobie Brothers were a liability and the album was only released in Japan. Rescued from obscurity by Tim "Love" Lee, and repackaged and re-mastered, this cult classic will be released on CD and Digital download from Tummy Touch Records on August the 12th. And for the first time on Vinyl via the legendary RAK label.

Samuel Purdey are the Brighton duo of Barney Hurley and Gavin Dodds. We spoke to Barney about the band and the forthcoming re-release:

What’s the story behind the band’s name?

A Samuel Purdey is actually the name of a Double-barreled shotgun. Also - we wanted to confuse people so they thought it was an artist/singer, not a band. We liked the idea of having a name that sounded like a person.
·
It seems extraordinary that a band influenced by soft rock and blue-eyed soul  would get signed at all in 1990s, no matter how good they were. Did Sony originally see Samuel Purdey as a kind of new Jamiroquai?
I think you've hit the nail right on the head there. Jamiroquai and The Brand New Heavies were riding high when we got signed and Sony thought that we were gonna be the next big Jazz/Funk outfit.

Did they underestimate the AOR/Westcoast element?
The AOR/Westcoast thing went straight over their heads. I do think though what we, Jamiroquai and the Heavies have in common is our love of Rare Groove. And we all have great admiration for Earth Wind and Fire!

You attracted some top session players for the album, such as Elliott Randall, who played solo on Steely Dan's 'Reelin' In The Years' and Frank Floyd, best known for his vocals on Steely Dan's Gaucho and Donald Fagen's The Nightfly. What was it like playing with these guys?
Elliott is one of the most unique guitarists in the world. He added so much to the album. I spoke to him on the phone a few weeks back. He's such a down to earth and genuine person. It was a joy to work with him. As for Frank Floyd, we were mixing some tracks at Presence Studios in Westport, Connecticut, with the producer Elliot Scheiner and we needed to add some backing vocals to a couple of tracks. We asked him who he uses on his recordings and he said Floyd was the man so we hired him.

Was Musically Adrift the title at the time - or just for the reissues? And did you feel musically adrift growing up in the 80s in the UK? We certainly did...
We didn't have a title for the album because Sony dropped us - our two singles hadn't fared well. The master tapes were actually propping up my brother's coffee table for a few years. When we did the deal in Japan we had to come up with a title. The title comes from an NME feature on us. The photo shoot was of Gavin and me on a rowing boat on the Serpentine in Hyde Park with a record deck on board, and we were wearing headphones. The caption read 'Samuel Purdey find themselves musically adrift'. As we were essentially 'musically adrift' in between our deal with Sony and our deal in Japan, it seemed like an apt title. 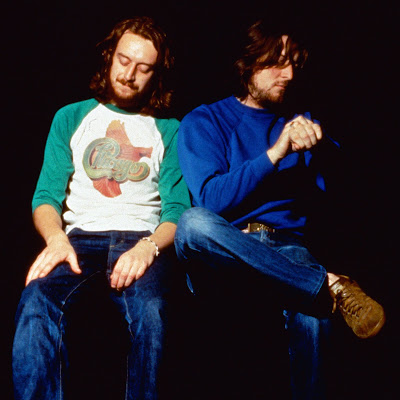 When did you first hear the album would finally be getting a UK release?
Tummy Touch Records contacted us around a year ago. It was an offer we couldn't refuse.

A recent Uncut review declared that you are "now fit for purpose in a post-Daft Punk world". Why do you think it's now the right time for Musically Adrift?
I personally don't see any connection between Daft Punk and ourselves. I'm not saying that I'm not a fan of Daft Punk but the only things we have in common are the close release dates of our albums, and we used the vocoder on our track 'Only When I'm With You'. They used the vocoder on their hit 'Around the World'. I'm really not being big-headed but 'Only When I'm With You' was recorded in 1995, and 'Around the World' was recorded in 1997.

We thought the Uncut reviewer was actually referring to the 1970s soft rock influence in Daft Punk's new album and not the disco/funk elements like the vocoder.

I think there is an AOR element to Daft Punk's new album and if that means that it's now deemed cool to like Steely Dan or the Doobies that's great for us. We'll sell more units.

Tell us how the remastering went.
We used a mastering engineer I've worked with before, who is very good. His name is Noel Summerville and he works at Metropolis studios. We just sat there for 10 or 11 hours until it sounded as good as it could.

Are you going to get back together? What else are you up to?

We'd love to record a new album. We just need a decent budget from a record company. Gavin is recording an acoustic album at the moment and I'm writing a Jazz Fusion album with the pianist Ceri Evans.

By the way – our favourite track on the album is 'Whatever I Do'. Was it influenced by Christopher Cross? Seems to have that classic Cross-style yacht rock element with the string arrangements. Or are we imagining that?

Actually, 'Whatever I Do' is more of a homage to mid 70's Hall and Oates. But we both love Christopher Cross's first two albums. Michael Omartian is not only a great player by a genius producer too.