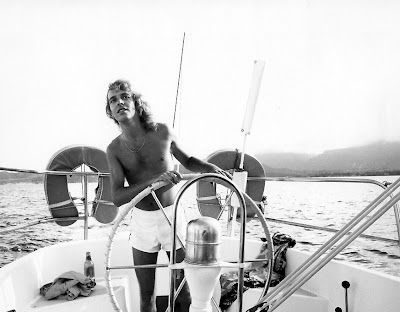 "The crew of the good ship smoothitude bring you the sounds of 70s and 80s," write Jambo and Lukas. "Pop, disco and yacht rock combined with modern dance music which has been heavily influenced by these sounds.Imagine Don Henley, the Doobie Brothers and Toto lounging on the sun deck, enjoying wine spritzers and reminiscing about the good ol' days."
All mixed by the "nautical party purveyors Captain Turnpike (Lukas) & Sailor Jerry (Jambo)" who have played at Bugged Out! (with Mylo & Mr C), Just Jack (with Tiefschwarz & Todd Terje), Joe Publics (with Futureboogie's El Harvo) as well as the Padoga Stage at Secret Garden last weekend.