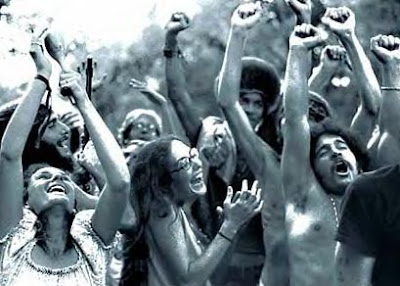 "I'd never thought of doing a sequel to the Ibiza '76ish Mix but when AOR Disco asked me if I would I of course said yes," said Graeme Fisher of The Extended Mix and Balearica when we spoke to him earlier this week. "The original mix was only called 'Ibiza '76ish' after it had been finished as I realised the overall vibe could have come from the island in the mid 1970s. None of the tracks were actually from 1976 - although on Part Two there is a re-edit of one track that was released that year.

I've had a massive love of music from that period since I had my first truly psychedelic experience at seventeen and sat in a cupboard listing to Pink Floyd armed only with a joss stick. From then on it's been another musical corridor to plunder alongside all the others. More recently there's been a ton of discoveries via the Internet. There's a bunch of people who produce and post amazing music and mixes that I'd never hear if it wasn't for the blogs and Facebook groups of this world. AOR Disco is of course one of those and it's nice to be in some way involved with that.

I know a lot of people still listen to and love the original Ibiza '76ish mix and that's made it quite hard to follow but I hope I've managed to keep the vibe and come up with something that as many people will enjoy."

We'll post the original mix again - and the second half of our interview with Graeme Fisher - on Friday.

Anonymous said…
After Pink Floyd finished and the Joss Stick burnt out - Did you pass through the fur coats and discover Narnia? And, will this be answered in Part II? If so, I'm seriously locked into this interview. Perhaps, locked in my cupboard. However, till then - Great mix, Great DJ and Great Post. Amor
21 September 2011 at 15:28

Anonymous said…
Thanks to 6music I've discovered this site and just listened to this fantastic mix. Brilliant. It's made my day :)
28 September 2011 at 03:58

AOR DISCO said…
Thanks for the comments.

the imaginer said…
marvelous stuff, thanks graeme. part 1 has probably been my most listened to mix of the last 18 months or so, so i'm really happy you've followed it up. right, time to listen to it. keep on :o)
5 October 2011 at 02:53