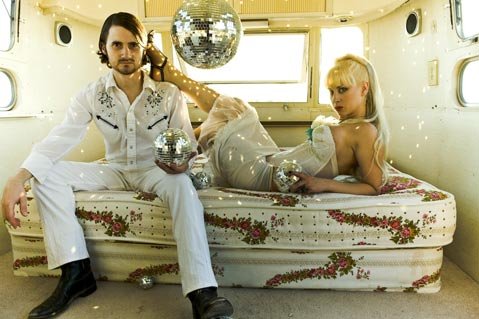 Thanks to John Morgan for this exclusive mix for AOR Disco, the follow-up to his superb El Eternauta set for us last summer.

“Last week some friends and I drove out to Joshua Tree from Los Angeles to camp," he says. "There was a meteor shower going on. The journey actually began with the sunset and led deep and far into the night.  The stars, the rocks, the open spaces. There's obviously something mystical, mysterious and delirious going on out there - just ask Jim Sullivan.  Cowboy troubadours know this feeling well and I tried to capture some of that here with a nod to my hometown Los Angeles which is tied to the desert in so many ways.”

Aside from Sullivan's  "Highways", the mix features tracks by Buckingham Nicks, Townes Van Zandt, Silver Apples, Tim Love Lee, Smith and Mudd, The Waterboys, Gram Rabbit,  The Doors, Brian Eno and a number of  lost country-rock classics from the 1970s together with spoken word samples by David Lynch, Jeff Bridges and Clint Eastwood.

Anonymous said…
With the adventurous angst of Alejandro Jodorowsky and René Daumal and the intellectual elegance of Pier Paolo Pasolini, John Morgan is a way cool neo-spiritual para-surrealist sonic wandererin' poet. Free yourself children... the distant stars above you... are you... within you... their precious subatomic dust calls out... awake awake!
25 November 2011 at 11:23