Isn't It About Time? - Manassas 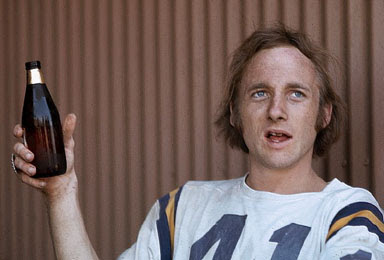 Thanks to the writer Tom Cox for alerting us to this 1977 Rolling Stone interview with Stephen Stills. "The following opinions pretty much confirm  Stills as my personal deity," says Cox. "Everything that's ever been right and wrong about music is summed up in eight short reviews."
In the late 1970s it was rumoured that Stills (best known for his work in Crosby, Stills and Nash with songs such as the yacht rock classic Dark Star, and for solo hits such as Love The One You're With) had a bodyguard to protect him from members of the Clash, the Ramones and other bands. What did Stills do that made these punks hate him so much?
According to Scharpling and Wurster, it was all down to a series in Rolling Stone magazine called Rock Star Rate-A-Record. "The concept was simple: sit a rocker down with a handful of current releases and let them give mini-reviews. And nothing illustrated the chasm between the new punk upstarts and the older rock establishment better than the June, 4 1977 Rate-A-Record session with Stills (whose comments are in italics)."

Ramones –“Sheena is a Punk Rocker”:
This is that punk shit everyone’s going nuts over? Sounds like four 6-year-olds picking up instruments for the first time. This sucks.
The Clash –“White Riot”:
This is worse than the one you just played me. Whatever happened to singing? Is this some kind of pro-KKK thing? This is what we marched against back in the sixties!
Fleetwood Mac –“Dreams”:
Now that’s more like it. This is a monster record by a great band. Listen to that groove my man Mick is laying down. Oh, Stevie, you are my number one gypsy goddess.
Sex Pistols –“God Save the Queen”:
Johnny ‘Rotten’ is right. What a crock of shit this band is. They think they’re dangerous? They’ve never seen Crosby when the burgers and beers run out.


The Eagles –“Hotel California”:
Wow. This could be the best thing these cats have ever done. And that is saying something. Joe Walsh is killing it on that solo, too. A+
Patti Smith –“Hey Joe”:
First question: is this a guy or a chick? Second question: How much do I have to pay him/her to never ruin another classic rock song again?
Foreigner –“Feels Like the First Time”:
Now THIS is what the new rock and roll should sound like. The guitar is loud and dirty but also tasteful. And this guy can sing. Hey, Clash…school’s in session…and Foreigner is your teacher!
Inspired by these wise words we decided to dig out a few classics from the Stills back catalogue and rediscovered "Isn't It About Time?", an underrated song by Stills' early 1970s supergroup Manassas.  Although their self-titled first album is the one to get, this track opens their second album Down The Road and its shambolic Southern groove is up there with Stills' finest moments.

Anonymous said…
Wow great find!...Stills is up there with all my heroes.

Also check out my tee shirt design I made in tribute to the great man!

Anonymous said…
I love the Stills as much as anyone, but:

groovypanda said…
Great story but unfortunately it's not true: