Too Slow To Disco Compilation Minimix - and Interview with Marcus Liesenfeld 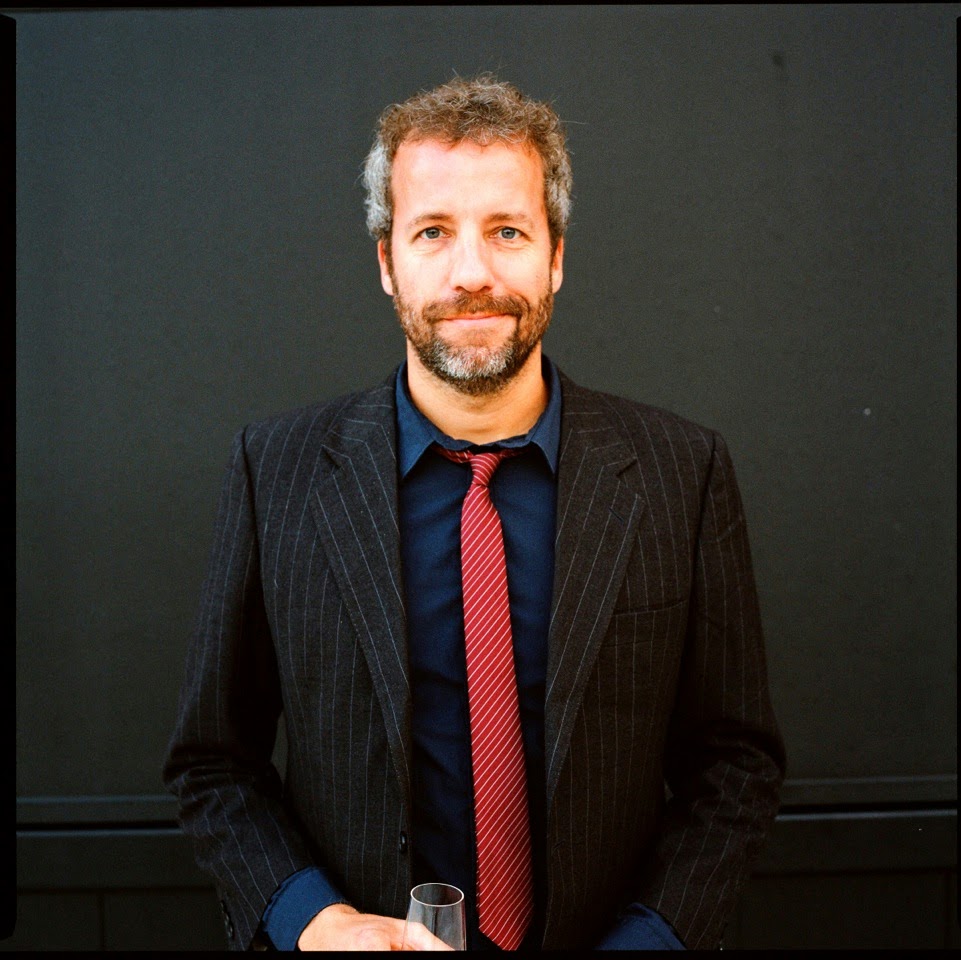 This week sees the release of the great new compilation Too Slow To Disco which is available on CD, MP3 and both black and double 180g yellow vinyl. The man behind it is Berlin-based Marcus Liesenfeld aka DJ Supermarkt, a regular contributor and inspiration to this site, and he describes it as "mellow late 70s Westcoast Yachtpop you can almost dance to."

We spoke to Marcus about Too Slow To Disco which was launched in Berlin last night. He's also recorded an exclusive minimix of tracks taken from the album which you can hear at the bottom of this interview. And he's giving away five CDs and one T-shirt to the first people who respond to this question: who wrote Lotta Love by Nicolette Larson? Answers should be sent over to the Too Slow To Disco Facebook Page.


When did you first get the idea for a fully licensed AOR compilation? And what got you into the 70s Westcoast sound in the first place?

I grew up with ELO, Fleetwood Mac and Supertramp on the radio (those were also my first albums as a child), so I guess it was in my blood from early on. Then I got into punk in the late 70s and I didn't feel I was allowed to listen to that music anymore (haha, strange times). But in the last 20 years since I started DJing that Westcoast sound has come back and I (and many others) discovered that that it's absolutely perfect to deal with the 'after-effects' of an extensive night in a club. It takes you softly back to earth and brings back the warmth inside….

The idea to put together an official compilation came in 2010, after I shared my second radio-softrock-disco mix called Too Slow To Disco. I even had Strut Records interested in it and they tried to license the tracks of my mix, but failed to get it done. I was really disappointed and couldn’t understand why they'd lost interest but now, after spending a full year licensing the tracks, I know: it is a very hard and often depressing job!

Did the sales of your CD mixes you released via Rough Trade give you confidence there was a market for an official compliation?


Not so much the sales (my handmade cardboard CDs were limited to 200 copies), but the incredible amount of downloads the mixes got on the internet. I remember I uploaded Laurel Canyon, the first softrock-disco-mix, to a now-defunct site called Z-share and the mix just imploded and disappeared after 35,000 downloads. 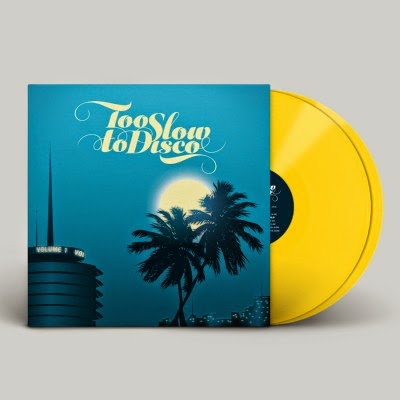 What else made you think the time was right for the compilation?

All those incredible e-mails and comments I got for the mixes made me very happy and got me thinking. Looks like my mixes fixed some marriages, helped to make a lot of children and generally speaking meant something to a lot of people. Then there were guys like Sean Rowley (the compiler of the Guilty Pleasures CDs), the many remixers/editors and of course, your blog. With AOR Disco people all over the world suddenly and finally had a platform and a home for that weird and (at that time) totally unfashionable and absolutely hated taste in music.


You can count the AOR compilations out there on one hand. How is this one different from the Americana, Groove Armada and Guilty Pleasures releases?

The great thing is the sheer amount of undiscovered music from time. This era of Westcoast music was so destroyed by the delusions of grandeur of some of the big players on the scene, and by all the shitty major-label compilations for lonely housewives in the years after, which repeating the same tracks over and over again. The Japanese were the only ones to keep the faith with this music, judging from all those great reissues (plus they gave Ned Doheny a label-home, when he was rejected by US record companies).

All these compilations you mention are different, each one goes into a slightly different territory. To me it is a perfect mix to own them all: Mark and Zaf Zaf’s great Americana series is particularly strong on the 'crate-digging' aspect. I was shocked by the amount of tracks I never even heard of on their compilations. Groove Armada went for the classics and made a really smooth DJ-mix out of it. And Sean Rowley’s Guilty Pleasures has to be credited with starting the AOR revival in the first place. 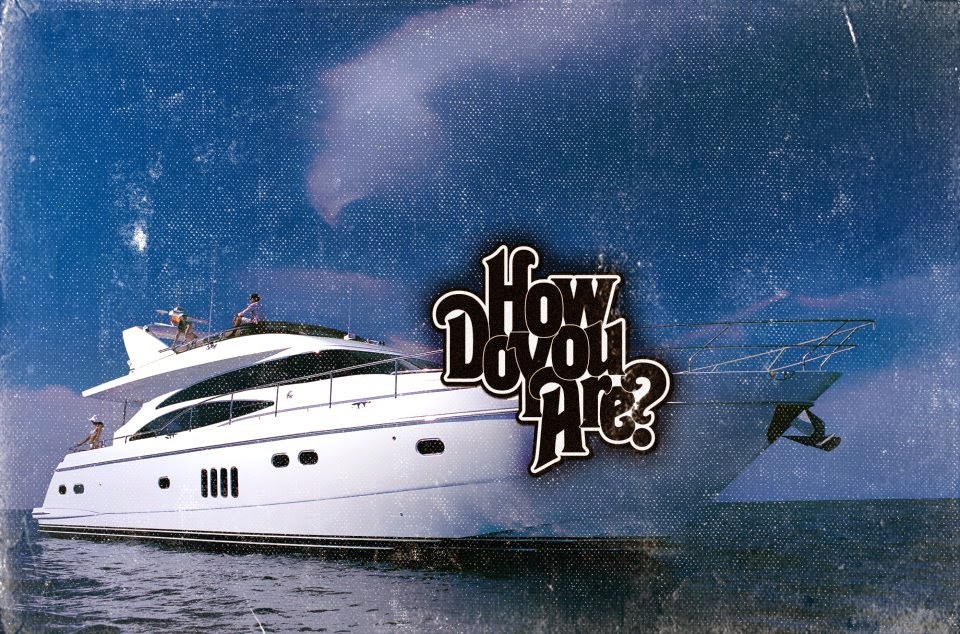 Would you say this release is more 'Yacht Pop' than 'Yacht Rock'?

Oh, well. You just have to find a name for what you do. Cover Artwork and title are so incredibly important to a project like this nowadays.  It took me and my partner Christof Ellinghaus at City Slang Records ages to come up with a good name for the game. We thought this compilation wasn’t 'rocky' enough for Yacht Rock, so that’s why we just invented the name Yacht Pop for it instead.

Tell us about some of the really obscure artists on the compilation. Like Browning Bryant, Matthew Larkin Cassell and our own favourite new discovery Jim Photoglo.

We tried to find a balance between a few well-known names like Fleetwood Mac or The Doobie Brothers, mixed with some lesser known tracks and some really obscure, forgotten gems. The toughest track to in license and the funniest story in the end was Over and Done With by White Horse. I found their album some time ago and fell in love with that track from day one. It never left my head and ears. To me this is maybe the PERFECT Blue Eyed Soul track. So it was one of the must-haves for Too Slow To Disco.


The original album was on Capitol Records (now Universal), so I thought licensing it would be easy. But of course it doesn’t work that way. Universal could not find a trace of that track or album in their archives. We had to send them photos of the artwork and the catalogue numbers  but they still couldn’t find anything about White Horse. The album didn’t do well in the 70s so that didn’t help. So in the end Universal said 'no' to our request. We heard a lot of 'nos' in the last year, but with that track I just couldn’t live without it.

So in a desperate move I started Googling the musician's name, and there he was: Jon Lind! Looked like a guy with the same name worked as Head of A + R for Hollywood Records (the Disney label), but there was no contact details for him. So I called Disney trying not to sound too creepy or like a stalker (and a German one is probably even more scary). Well, some telephone calls and e-mails later, I got a reply late one night from Jon Lind telling me that it is him and he was happy to hear about my interest. I almost fainted when later on the phone he told me in a very humble way that after White Horse broke up he co-wrote some tracks "you might have heard of", which turned out to be Boogie Wonderland by Earth. Wind and Fire and Crazy For You by Madonna (amongst many other hits). Our combined forces - and about 3 months of hard work - finally persuaded Universal to give us Over and Done With. And that’s just one of the many stories behind this compilation (which by the way, you can read in the long liner notes on the album).

Amazing that you managed to include a Fleetwood Mac track. Usually they refuse to license tracks don't they?

Yeah, that was the information we had. Absolutely impossible to license Fleetwood Mac for compilations. Fortunately we had a source in LA (not allowed to tell you his name), who explained to us that there is one trick: ask for a Christine McVie composition and it might just work. And it did! That person helped us a lot with so many things on Too Slow To Disco and I'm very grateful to him. 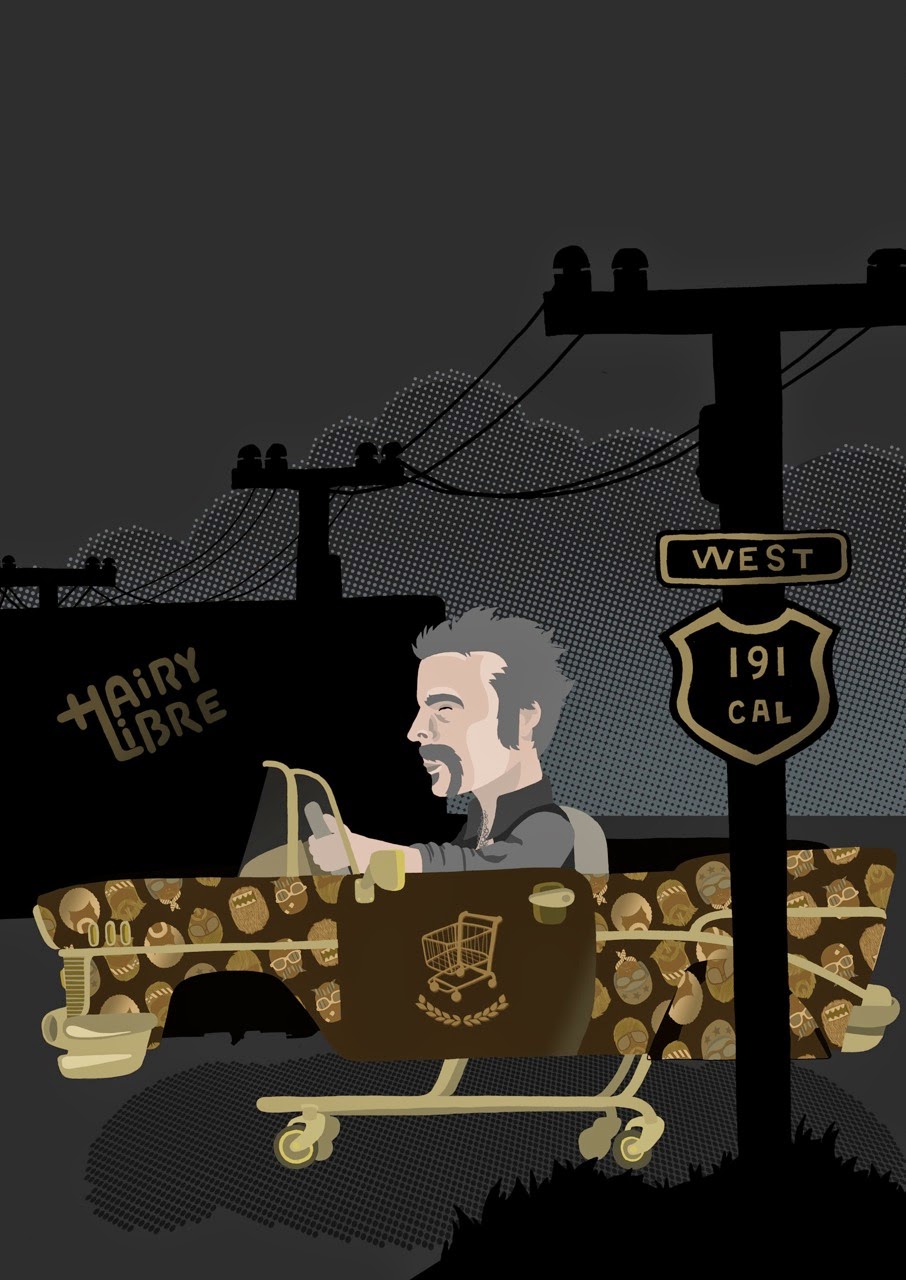 Did you deal direct with any of the other artists direct?

We mainly licensed from the labels. There were about five tracks that we absolutely could not get (Maybe they will shine on volume 2….). Rupert Holmes now owns the rights to his first two albums himself and Jan Hammer has control over his back catalogue so we licensed directly from them and they were very helpful and enthusiastic. Clever artists, both of them.

I can already promise you some really obscure and unknown tracks for Volume 2 and a few are from the early 80s. I know you like that….

There are lots of AOR collectors and DJs in Germany. Has there ever been a German AOR band though?

Haha. Wait for Volume 2. There was a German band…. That will be one of the very, very, very unknown tracks. Can’t tell you more at this point. The singer really likes Volume 1 and contacted me with some recommendations for Colume 2. But yes it's true that there were not many Westcoast inspired bands here in Gemany. I don’t like generalizations but let’s put it this way: Germans are not overly famous for their mellow, laid-back, sunshine attitude…..

Can I ask you something in return? Are the rumours right that you were once a member of the UK fanclub of Journey and that you went to a very special convention in the 80s? Just curious…..

Yes I did attend the first ever UK Journey convention which was held in a working men's club in Barnsley. Not the best place to pay homage to the magic of  San Francisco's top AOR band. And it didn't help that it was held in 2007 - and not 1983 - and that no-one in the band showed up. The second replacement singer for Steve Perry sent a video message but that was it. Never again. 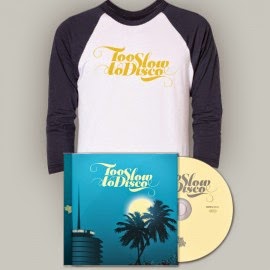 Buy Too Slow To Disco