Too Slow To Disco at the Royal Academy 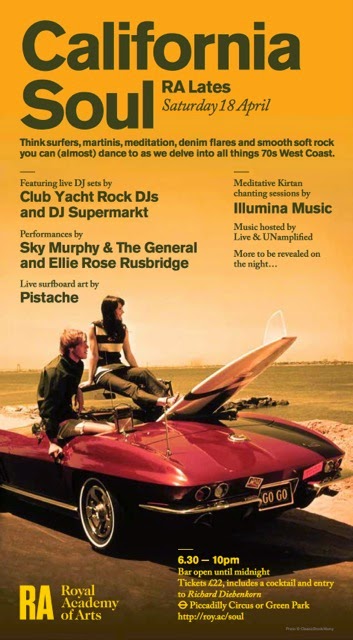 On Saturday April 18th our friend DJ Supermarkt will be arriving in London from Berlin to play Too Slow To Disco sets at Rough Trade East at 12:30 to 2pm and then at the Royal Academy of Arts from 9pm to midnight at California Soul, an event "inspired by Richard Diebenkorn's Ocean Park series which he painted from his beach front studio in Santa Monica."

Last week DJ Supermarkt announced the sequel to Too Slow To Disco (which was Rough Trade's Best Compilation Album of 2014) and below is an exclusive preview mini-mix.