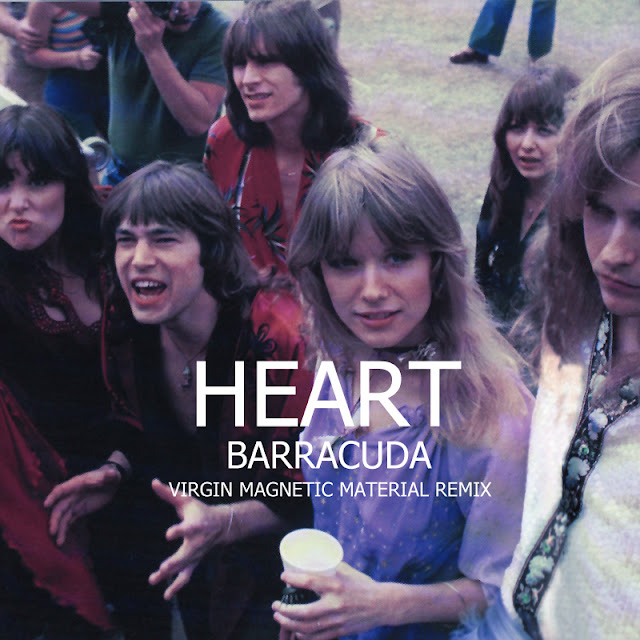 Did anyone in the 1980s have bigger hair than Nancy Wilson? The video for 1985's These Dreams certainly sets the bar high and so too does the furious back-combing that went on two years later in Alone. In the UK Heart are known for these glossy, Ron Nevison-produced hits and are the archetypal band of the power ballad era. But few people here seem to remember the bands' 1970s output, when their Led Zeppelin-inspired combination of folk and hard rock made them one of the most popular and credible acts in America. Turn on any classic rock station in the States and you're soon likely to come across the 1977  track Barracuda which has the best 'galloping riff' of the decade (rivalled only in the galloping stakes by Achilles Last Stand and UFO's Lights Out).

The song was famously inspired by a disastrous publicity stunt by Heart's record company which placed an advert claiming the singer Ann Wilson and her sister Nancy Wilson, the guitarist, were having a lesbian affair (see below). Soon after the band left the label, a promoter went up to Ann at a concert and asked how her "lover" was. At first she thought he was talking about her boyfriend, band manager Michael Fisher, but it quickly became clear he was talking about Nancy. Ann stormed off back to her hotel room to work on the lyrics. "Smiled like the Sun - kisses for everyone /And tales - it never fails!" she wrote. "You lying so low in the weeds / I bet you gonna ambush me / You'd have me down on my knees / Now wouldn't you, Barracuda?" 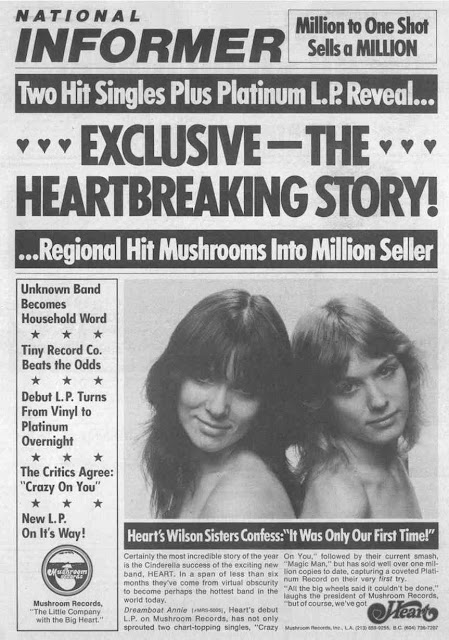 This icy smooth electro remix of Barracuda by Shai Vardi of Virgin Magnetic Material follows other superb reworkings of AOR/hard rock classics, such as Foreigner's Waiting For A GirlLike You. With Soundcloud overloaded with hugely praised edits which do little more than cut and paste a couple of bars in the intro,  it's a real pleasure to find genuinely talented producers such as Shai who are able to re-imagine the old standards in such an inventive way. Here's our interview with Shai from last year year which includes a download of his remix of Queen's 'Radio Ga Ga':  Part One, Part Two and Part Three.