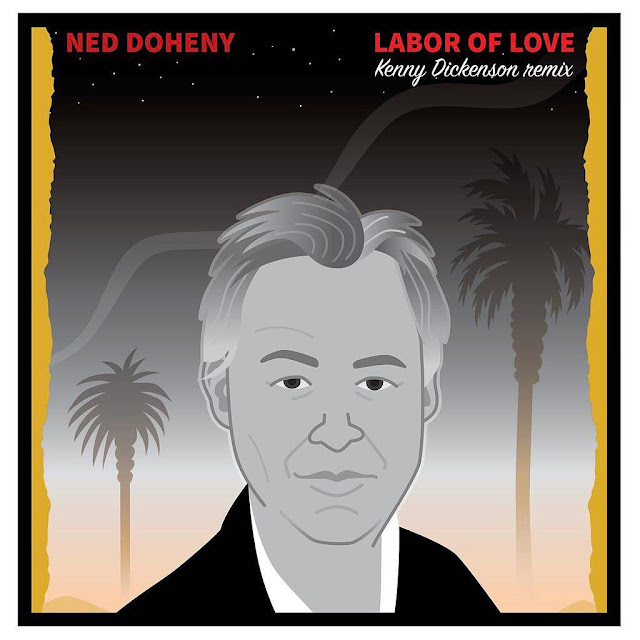 In 2015 we were proud to premiere this outstanding Kenny Dickenson remix of Ned Doheny's 1979 classic, and now we're thrilled that it's getting a 12" vinyl release from elite reissue label Be With Records, who released the original version a few months back and brought Doheny over for a most memorable and triumphant UK tour.  Also, the 12" features a cover by AOR Disco contributor Pete Fowler from psychedelic yacht rock legends Seahawks.

Kenny (aka Red Ken) made his debut on AOR Disco in 2010 with his monumental rework of  Steve Perry's 'She's Mine', a track which was a defining moment for this site and hugely influential on other producers. There were long gaps between his subsequent remixes - revamped artists included Captain Beefheart, Foreigner, Fleetwood Mac, and KT Tunstall, who he has regularly played keyboards for - but each one felt like an event.

This the first ever personally endorsed and officially licensed remix of Ned Doheny and Vinyl Factory have included it in their list of key tracks for Record Store Day tomorrow. As Be With Records label boss Rob Butler says:

"This gentle disco re-rub has been wreaking elegant havoc on both sides of the Atlantic, setting a new gold standard for AOR remixes. Beloved of everyone who's heard it, we we've been inundated with requests for a physical version. Here, taking Ned's stellar version and creating new melodies by twisting original sax solos inside out, Kenny's remix is elevated further with the introduction of his sophisticated keyboard work and additional white-hot production. 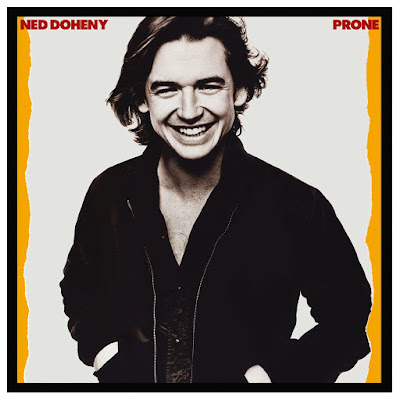 Completed the day of Ned's penultimate UK show in 2015, Kenny bounded up to Pete Fowler - on DJ duties - and handed him the demo. Ever the showman, Pete played it seconds after Ned finished. Momentarily mortified at the chutzpah involved, we realised we were listening to something sensational. The key element would be Ned's opinion. He aired it the next day, breaking a drained silence as we boarded a flight to Berlin: "There was a remix of my song played last night." Heart in mouth, we were in for a deserved dressing down. "Pretty good; I liked it." And with that, we were determined to commit this wonderful reimagining to vinyl.

After two years of major label wrangling and artist nudging, Be With Records are delighted to finally present this as an officially authorised, one-sided 12". Enhancing the package, the record comes with liner notes from all parties involved. Limited to just 500 copies, these are sure to fly."