Too Slow To Disco Volume 3 - Compiled by DJ Supermarkt 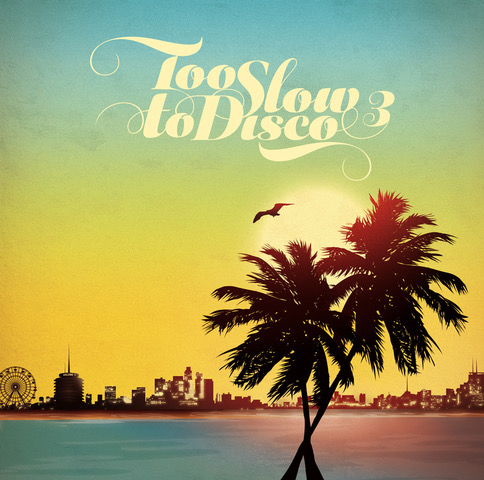 "Some lucky people hear music in colours. Talk about the experience upgrade, those synesthesiacs really trip it hard," says DJ Supermarkt. "Well, we’ve always felt that Too Slow To Disco also has a definite musical palette (even if you don’t have the super powers). So turn off the news, kick off your shoes and stick on the tunes. And let’s remember the good times, when the most orange thing about America was the California sunshine...

We present Too Slow to Disco - Volume 3, which will be released 30th June on How Do You Are? It's another incredible collection of songs that gleam with the high definition gloss of big-studio, bigger-budget production. Volume 3‘s another excursion into those late 1970s West Coast delusions of grandeur, sure...but in the company of songs that are also brimming over with soul, wit and passion. A bunch of beautiful songs that might have missed the charts, but can still break your heart. Killer tunes, penned and played by virtuosic instrumentalists, backroom gals and guys who were often also Grammy-winners in their own right.

All the elements that have made Too Slow to Disco Volumes 1 and 2 (and 'The Ladies Edition') so beloved from New York to London to Barcelona to Bottrop, are back for another round of near-danceable lushness.

In Volume 3 we've prised open another box of obscure gems keeping to our usual concept: all killer, no filler, selected and sequenced to bring out the mood of the era. Lyrically the focus remains on slightly difficult love affairs backed by grooves gentle enough to mix cocktails to. Slow dancing is encouraged, fast dancing... well you know our views on that.

We’ve got an accidental pop hit crossover from none-more-fusion jazz guitarist Lee Ritenour. A dab of Christian funk from Archie Cavanaugh and his troupe. You’ll even find a bizarrely funky and commercial sounding Grateful Dead laying down the chart-bothering beat of ‘Shakedown Street’ (we assume the A+R guy had a gun… true story: it took DJ Supermarkt about four years to get this nailed, the track was supposed to appear on vol 1 already. We now have the official okay of the band!). Elsewhere Steely Dan’s go-to sax man, Cornelius Bumpus makes an appearance with some angular funk, while Larry Carlton (another associate of Don and Walter) turns up the guitar drenched white soul on ‘Where did you come from?’.

And we’ve looked beyond L.A. this time, discovering a few exotic exponents of the West Coast sound from more distant shores. Our first non-English sung TSTD track comes in the shape of Dwight Druick, legendary Canadian songwriter, delivering a fine slice of Montreal disco-funk. Then there’s the groovesome Stars’n’Bars from Sweden (in its first ever official re-release), and even two acts from the UK with Vapour Trails and the amazing Billy Mernit, with a lush torch song we’ve been desperately chasing for years.

And given 2016’s sad legacy of musical departures, Too Slow to Disco has also become something of a fitting tribute to a generation of melodic dreamers and talented instrumentalists. Valerie Carter who appeared on 2016’s The Ladies of Too Slow To Disco passed away recently, as did Maurice White (Earth Wind and Fire), who signed her to his label. Also gone are Glenn Frey of The Eagles and Rod Temperton, the incredible writer and producer behind Thriller and many other songs that have graced all 3 volumes of Too Slow... Their music lives on though, as influential as ever.

So we present Too Slow to Disco – Volume 3... This is bottled sunshine!" 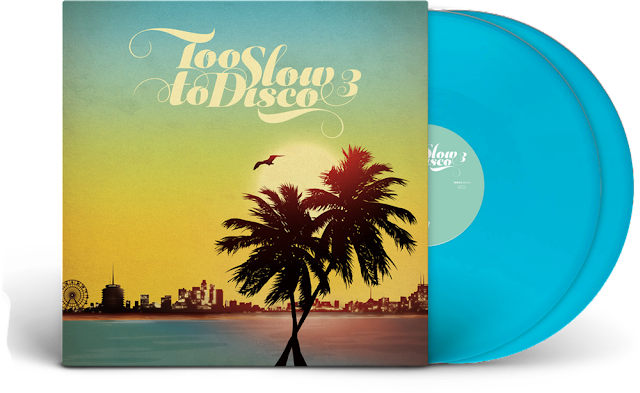 PRE-ORDER  TOO SLOW TO DISCO 3

professor Eddy said…
Wow! Cool Breeze is of one my favourite West Coast tracks of all time. I'm going to rush to my local record store on the 30th of June!
27 April 2017 at 09:59