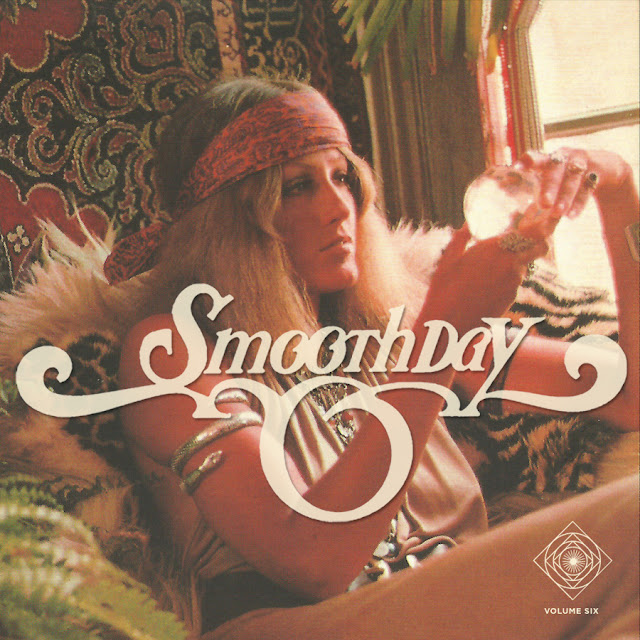 "Here is Volume 6 of my all vinyl labor of love, focused on the unheralded and unknown treasures of the 1970s and 1980s," says Jeffrey Boozer. "This volume of the Smoothday series plays loose with genre and tempo over all, and is inspired by my gigs at Oakland's cozy and record geek heavy Bar 355.

The vibe is quiet and on the verge of decisions, the way Michael Jarrett picks up his own absent minded and smoked out narration as 'Goodbye Rainbow' zips quickly off the coastal road and into neutral. The private press and unusually experimental bins jump into the pool too, letting us take a trip into the glorious self financed releases by the aforementioned S/SW Michael Dues (out of quiet Sacramento, Ca), John Elias (from San Jose, Ca), the trio Magic (out of even quieter San Luis Obispo, Ca), to the most mysterious and rewarding cover version factory known as Statler Records, nestled near Long Island, and responsible for an encyclopedia's worth of artist-less dance tracks, background music, and the occasional pop cyborg nugget like the version of 'Tusk' featured here.
As always, these tunes are meant to be taken with a grain of salt, but none are also not below some fine musicianship and excellent hooks. Hope you enjoy this excursion to the far right side of the FM radio dial!"