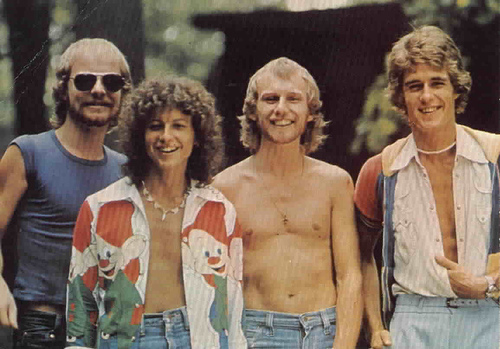 In 1976 Wishbone Ash, a hard rock band from Torquay who were one of the pioneers of the twin guitar solo, relocated to the US for tax reasons and sought commercial glory by muscling in on the American AOR scene. It didn't work. New England, their first US album,   turned out to be the least successful of the seven they'd released to date. But it does feature our favourite Wishbone Ash track: 'Lonely Island', which sounds like a smooth yacht band gone ragged at six in the morning after a hard night on the bong instead of the Margaritas.